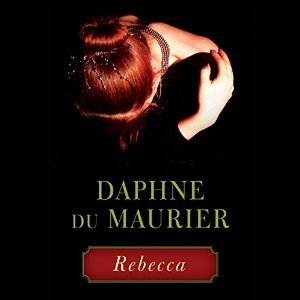 Told by the second Mrs. de Winter, the story begins in Monte Carlo where she’s the orphaned paid companion of an American matron. When she meets the elegant widower Maxim de Winter, he sweeps her off of her feet and they quickly marry. Though his wife Rebecca died a year ago, her presence continues to persist at Manderlay, Maxim’s country estate, diminishing our heroine to the status of a bland replacement and cruelly reinforced by Mrs. Danvers, the formidable housekeeper.

I have a limited recollection of the Alfred Hitchcock movie from years ago, which worked as it normally doesn’t turn out well for me when I read the book after having seen the film. I only recalled the second Mrs. de Winter being rather dull, Mrs. Danvers being pretty creepy and the estate having a gothic feel. What I gained by reading the book is an astonishing sense of character and place through the beautifully descriptive prose. I easily imagined Manderley, the dowdy and dull second Mrs. de Winter, the aloof Maxim, the condescending Mrs. Danvers and, most vividly of all, Rebecca de Winter.

There’s a turning point in the story when the second Mrs. de Winter begins to assert herself but up until that time, she’s eclipsed in every way by Rebecca. The author never gives the heroine a name, which I found curious until it dawned on me that it fit the story perfectly not to do so, sort of like she hadn’t developed a strong enough identity to merit one. (I’ve since learned that the author couldn’t decide on the right name and eventually gave up.)

This story has a slow, deceptive build that climaxes with some startling twists and turns. The ending will also startle you but, again, feels perfect. I opted to wait for the audiobook, narrated by Anna Massey, and she was brilliant! Every voice was distinctively captured in tandem with the characterization drawn by the author. If you like listening and are interested in this classic, I strongly recommend the audio version. It’s a really good story that’s masterfully written and performed.