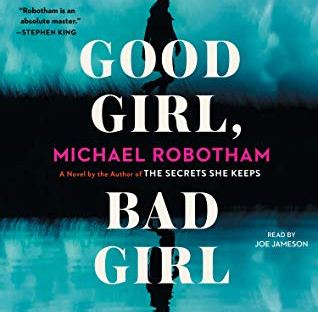 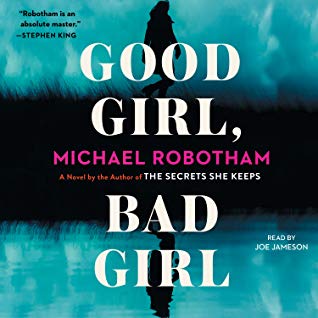 Cyrus Haven is a police psychologist who was asked to interview a young girl, Evie Cormac, a resident of a high-security children’s home who has a horrific history. She was discovered six years ago in an abandoned apartment with a corpse and no memory of who she is. Her name was given to her and her age estimated. Now she’s taking the home to court, asking for emancipation as she asserts she’s 18-years old. Cyrus is also consulted when the body of a 15-year old skating champion is found along a footpath. He has his own awful history that helps him form a tenuous connection with Evie and bring a unique perspective to Jodie’s investigation.

We get both Cyrus’ and Evie’s narratives, which adds an interesting angle to the storytelling. There are so many mysteries surrounding Evie’s life before her rescue and she’s not an easy subject. However, she has an extraordinary ability to determine whether someone is lying or telling the truth, forcing Cyrus to always be authentic with her. I loved their developing relationship, her having no foundation for trusting anyone and him still a work in progress in overcoming a tragic childhood loss. Both have layers that were interesting to see slowly peeled back, though there are still many to go. The Jodie Sheehan case had so many directions and I fell victim to some of the false paths. Beware of red herrings because all the clues are there!

I really liked listening to the story and was particularly pleased with how the narrator handled female voices. They actually sounded like women! I wasn’t sold on his interpretation of Cyrus but it was a good performance overall.

This is my second book by the author and he still has my attention. I’d planned to read the Joseph O’Loughlin series first but couldn’t resist this one. I really enjoyed this story and the introduction of Cyrus Haven (though I understand he first appeared in the O’Loughlin series) and just want more of this complex character. And, there are some loose threads to continue, including the enigmatic Evie, even though the Sheehan’s case was resolved. I’m all in for this one, especially after that explosive ending.