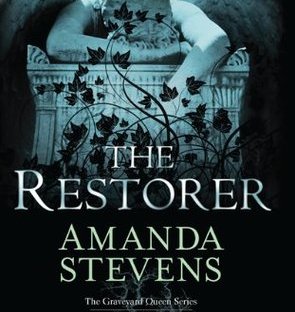 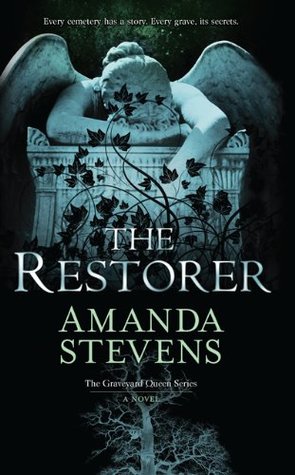 Since it’s Throwback Thursday, I’m featuring one of my favorite, lesser known series. I read the first book but switched to audio for the rest as the narration is outstanding…and creepy.

Amelia Gray restores graveyards, having spent her whole life in cemeteries as her father is a caretaker of them. And, she sees ghosts and has since she was nine-years old. Her father sees them, too, and he’s taught her the rules to follow to protect herself, one of them being to never let ghosts know she can see them. Amelia has also never told anyone else about her gift.

Amelia is on an assignment in Charleston, restoring an old cemetery associated with a university and gets embroiled in a murder mystery when a body is discovered there. She finds herself connected in odd and mysterious ways to the tortured, handsome and sexy detective assigned to the case, John Devlin, as well the investigation.

This was a fantastically written story, capturing the essence of old Charleston, the creepy but ethereal beauty of the ancient cemetery and the assembly of odd characters connected with the case. Amelia and John’s relationship is in the background mostly but sets the tone for this captivating story. While the murder mystery is resolved, there are so many issues remaining to uncover and explore. It’s great storytelling and the beginning of a fantastic series.

31 thoughts on “The Restorer by Amanda Stevens”