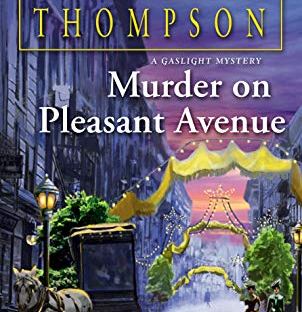 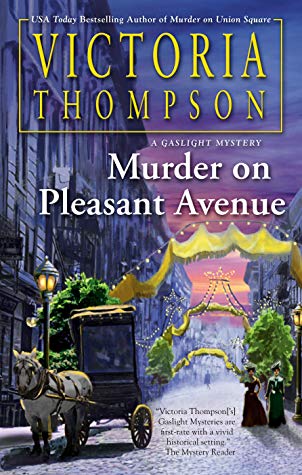 Private investigators Frank Malloy and Gino Donatelli get a case that’s very close to home. Gino’s sister-in-law Teo asks for help in finding a missing volunteer worker who is a resident at the settlement house in Italian East Harlem. They fear she’s been kidnapped by Nunzio Esposito and his gang who’s operating under the Black Hand. As they get into the investigation, Gino finds himself in the wrong place at the wrong time and is accused of murdering the crime boss. The entire team, including Sarah Malloy and Maeve Smith, must use all of their resources to clear his name, not only to avoid prison but retaliation from the Black Hand.

It was great being back in this series and even more interesting to get to know Gino’s family and his world. I wasn’t aware that at the beginning of the 20th century East Harlem was considered to be part of Little Italy, nor had I heard of settlement houses that served as a central community volunteer resource. The notion was fascinating and operated similarly to what we see today as the YMCA/YWCA but with volunteers in residence. The mystery involving the missing volunteer wasn’t tough to solve but the underlying motives weren’t as clear so that kept me engaged. And, I learned more about the Black Hand and how they really operated.

I enjoyed this story as much for the historical elements as the characters and mystery. Since Gino is at the forefront, so is his relationship with Maeve, which took a giant leap forward. It was wonderful getting to know his family and especially his brothers. Solving the murder was interesting and led to lots of intriguing situations, culminating in an exciting but bizarre climax. I continue to enjoy this series and look forward to what’s next for these characters I’ve come to care about.

8 thoughts on “Murder on Pleasant Avenue by Victoria Thompson”