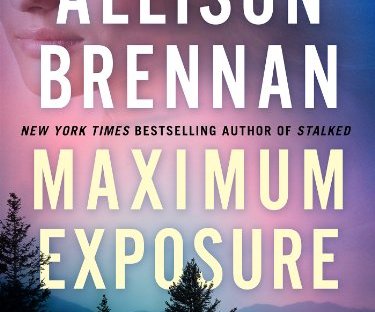 I’m starting a new series! Actually, it connects with Lucy Kincaid at book #4 so me and several Goodreads members are pausing to read this one before returning to that series group read.

Maxine (Max) Revere is a freelance investigative journalist, inspired by the disappearance and presumed murder of her college roommate years ago. She travels the country to investigate cases of missing persons or unsolved murders and shed light on them. Her latest case takes her to Colorado Springs where college student Scott Sheldon disappeared six months ago during a camping trip with friends. Max is suspicious of the circumstances and, at the request of his mother, is determined to help find his body. In the meantime, she’s fending off pressure from her friend to launch and star in a new investigative cable show called Maximum Exposure.

This introduced the character and the series so perfectly. I got just enough backstory about Max to know her but want even more and get a taste of her investigative skills. She’s unconventional and seems to be a bit fearless. The case was interesting enough and the people involved in Scott’s disappearance were easy to isolate but it was how Max approached the investigation that kept me interested. I’m really looking forward to what’s coming in this series.