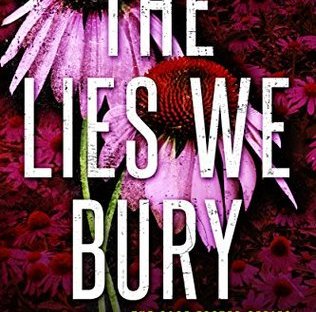 Former detective Cage Foster has left the police force in Roselea, Mississippi and accepted a position with the Louisiana Bureau of Investigations in a newly formed unit embedded in the New Orleans Police Department. With two weeks to go before his start date, Cage is called to the city when a fingerprint from an arrest matches a seven-year old missing persons case in Roselea with which he was closely involved.

Cage is one of my favorite detectives and I’m a little nervous about his change of venue, especially after his transition difficulties in this story. We were immersed in Louisiana Voodoo, which was a major factor in solving the mystery of Annabeth George’s abduction and resurfacing in New Orleans. It also helped establish an extremely strong sense of place and setting as New Orleans is a city rich in unique culture. I felt the heat, the craziness of Bourbon Street and the appeal of the construct of the French Quarter. Well done.

The case was often convoluted and the shift in narratives was jarring initially as Cage’s was third person and Annabeth’s first person. However, as the story progressed, it made absolute sense even when Annabeth didn’t, which explains that decision. It’s an engaging and compelling story with no end of twists, wrong turns and murky players. Cage made his share of blunders throughout but he still managed to navigate the new politics. This was a great start to the new spinoff series.