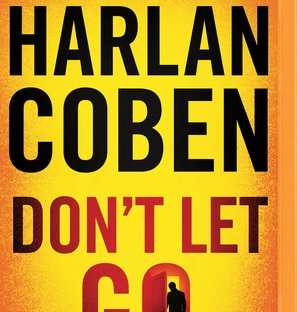 Detective Napoleon (Nap) Dumas is brought into a case involving a murdered cop in another state when prints found at the scene match those he’d entered in the system years ago. They belong to his former girlfriend, Maura, who disappeared 15 years ago, the same night when his twin brother, Leo, and his girlfriend, Diana, died in a train accident. His search for answers sets him on a strange and sometimes dangerous path that he just can’t let go.

Nap is no saint as he’s got his own unorthodox sense of justice but the more he investigates, the more he’s convinced that everything he’s believed about his brother’s death might be wrong. It’s an unusual narrative, one I liked as Nap discusses the case and revisits the past through conversations with the deceased Leo. We learn a lot about their past and the people important to their lives, past and present. And, one wonderful surprise is a special cameo appearance of one of my favorite Coben characters! I’ll leave that for you to discover.

I loved the pace and complexity of this story. While I had a strong sense of who was involved, I hadn’t a clue as to the particulars, including the why so I just settled in for the always good storytelling. And, I loved Steven Weber’s narration, especially as he seemed to get underneath Nap’s skin and became this character, capturing all of his nuances. It was a perfect fit.

Friends know that Harlan Coben is one of my favorite auto read authors, even if the story just turns out okay because it’s still a standout. However, this was a gem of a read and I finished it in two days. Loved everything about it!