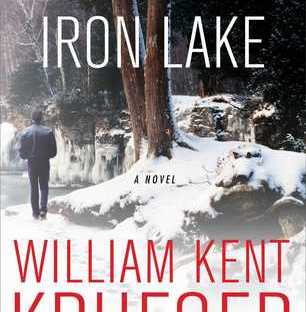 This was a book selected by my former Mystery & Suspense group for discussion a few years ago. I’d never heard of the author or this series and the group came through yet again in selecting a really good story. I later switched to the audio format because the main narrator, David Chandler, brings these stories to life like no other. I’m up to date but wanted to introduce these truly wonderful stories from one of my most favorite series.

Corcoran (Cork) O’Connor is the former sheriff of Aurora, Minnesota. He’s separated from his wife, has three children and is secretly seeing someone. His life is definitely off balance but he’s very much grounded in his Indian heritage. He inadvertently stumbles upon the dead body of the most powerful man in the county and the new sheriff quickly rules it a suicide. Of course, Cork believes differently.

Even though he hasn’t been the sheriff for at least six months, the town still sees that as Cork’s identity and allows his intrusion in the case. The tension between the Indian community and whites is a constant and Cork’s mixed race gives him the ability to operate in both worlds. He bears the Irish physical characteristics and the instincts and temperament of the Anishinaabe.

The story is rich in Indian lore and mysticism, adding another element of mystery to the already complicated case. Cork’s personal issues don’t help matters either and he’s by no means the perfect hero, even though he’s well meaning and pretty honorable. I liked him, quite a lot, with all of his flaws and self-torture, because at his center, he wants to do the right thing and be a good father to his children. He’s proud of his Indian heritage but walks a fine line between both races.

Solving the case was a major challenge as there were many potential suspects and motives were rampant. While this case was solved, there is much unresolved in Cork’s life and I’m dying to start the next book. I really enjoyed the story and how the Indian culture was interwoven throughout. It was pretty fascinating and I got my mystery on top of it all.

Even though I read this one, I would have opted for the audio if I’d known the narrator was this good! So, I’m sharing a clip.