This a Sunday feature here where we discuss specific topics related to books and the blogosphere. 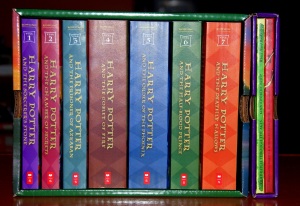 I don’t know that I was even aware of book series until I began reading J. D. Robb’s In Death years ago. That also coincided with my joining a former book community site called Shelfari and then later Goodreads. I became manic about reading in order because of the magic in doing so with the In Death series. The character development is extraordinary and you lose that continuity if you don’t read them in published order.

I confess that my preference is for series reading because of my history with some spectacularly talented writers who do this well. Whether it be the community they create or the character connections developed, they wrote stories that made me want to keep coming back. Lately, I’ve read quite a few standalones and have loved the finality that comes with them, even when I covet more. But, when I think of my most favorite series, I get rather mystical.

A trend that I’ve seen grow over the past few years is where some authors and/or publishers will be silent on a new release being tied to a series. One of the objectives, IMO, is to increase sales as a buyer might be reluctant to try a book that isn’t the first in a series. It’s a short sighted view as I see reviews that rate the books lower comment that they haven’t read the earlier books and maybe that made a difference in their enjoyment. However, I think it’s almost criminal for an author to declare a book as standalone when it’s part of a series with a continuing story arc. You just make readers angry and they’ll never trust you again. I’ve witnessed it happen.

Another trend I’ve seen is for a reviewer to acknowledge a book’s placement in a series but that it can be read as a standalone. I really wish we could develop a different distinction for saying while there is character continuity, it’s a unique story arc…hey! Maybe just say that😏 Because it is not a standalone book otherwise. 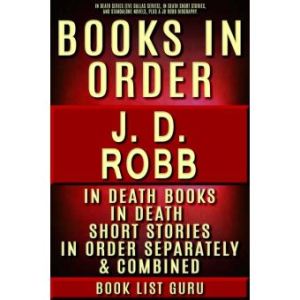 I have friends who enjoy reading out of order, do it deliberately. And, I know of others who believe authors should always write a book as if it’s a standalone even if it’s part of a series. You know I don’t agree but I firmly believe everyone is entitled to their opinion and I respect it. My friends who do this are perfectly happy with that reading behavior and if they’re satisfied, that’s enough for me.

I have a long list of series I love but I’ll limit them to my most favorite and only the first two are in the correct order. So, here it is!

Okay. Had to force myself to stop. There’s lots more😬

Obviously I love my series. I mentioned earlier that more recently I’ve listened to a lot of standalone books, many I’ve rated 5 stars. So, it’s not an either/or choice for me. I just like the happy place a good series takes me.

Do you have a preference for series reading or standalones?

Are you diehard about reading in order or more flexible?

If you read series, what are some of your favorites and why?

20 thoughts on “Something to Talk About”