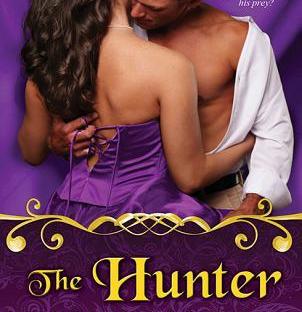 Christopher Argent is an assassin for hire who also works for Dorian Blackwell, the Blackheart of Ben More. He’s well known for his effectiveness and also has the reputation of having ice running through his veins. When he receives an assignment through a solicitor to take the life of Millie LeCour, a well known theater actress, he doesn’t hesitate…until that moment arrives and she says something that gives him pause. From then on, Argent fights a connection to this woman that’s he’s never experienced before with anyone.

The prologue mesmerized me from the first sentence and gave me all the foundation I needed to understand Christopher Argent. Yes, he’s as cold as described but that’s the heart of the story…experiencing Millie’s slow dismantling of the walls enclosing his emotions. And, having him do the same to her in a different way. You just have to read the story to understand this more fully as it’s a really interesting situation.

There’s also a mystery element as someone placed the contract on Millie and is determined to ensure it’s satisfied whether the assassin is Argent or not. Christopher is a brutal man with his own honor code, a recurring theme in this series. I liked both these characters and found their histories as important an element in the story as the present circumstances. I’m enjoying this series and its challenge to the black and white of right and wrong. The gray is very much in play here and that sets this story and series apart from the many others in the genre. And, I’m so glad I opted for the audio version. Derek Perkins is just perfection in his narration. Still loving it!

7 thoughts on “The Hunter by Kerrigan Byrne”