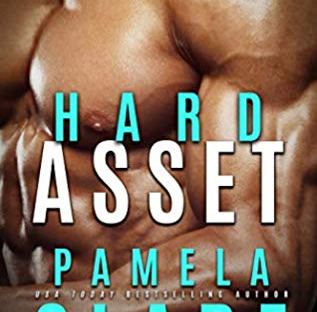 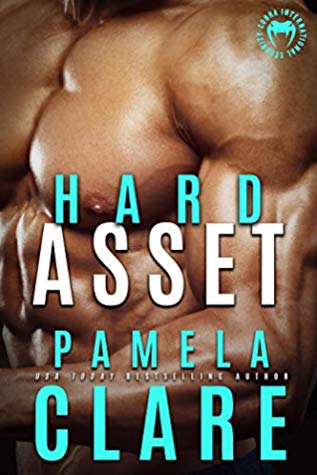 Shanti Lahiri is a prosecutor with the International Criminal Court at The Hague who must travel to Bangladesh to take witness statements from refugees, incriminating a Myanmar general of genocide and much worse. It’s a dangerous assignment and Cobra Elite is engaged to provide her protection. Connor O’Neal is leading the team and when he and Shanti meet for the first time, their mutual attraction surprises both of them. Neither wants that to go anywhere as Cobra Elite has a firm policy against fraternizing and Shanti is a peace advocate who doesn’t like armed security details or soldiers when she’s doing her job.

This was a brilliant piece of writing where an absolutely beautiful love story emerges in the midst of the most harsh, brutal and ugly circumstances. Those witness statements were horrendous so them finding each other in the midst of all this was a great balm. Things go awry, stranding Connor and Shanti in the dangerous jungles of Myanmar. Conditions are beyond awful and he has to get both of them to the Bangladesh border, estimated to take about seven days. It’s frightening, hazardous and filled with perilous moments but somehow Shanti and Connor find moments to get beyond skin deep and discover their most private thoughts, beliefs and aspirations. It was realistic, often painful but so honest at times I felt like a voyeur. It is a gorgeous love story but also so much more given the life Connor has led and the tragic history of Shanti’s family.

I loved everything about this tension-filled, exciting, horrific and lovely story. I don’t know how Clare creates an authentic romance in these situations but it never got lost in all the suspense and thrills. My heart raced from the beginning and didn’t stop until the epilogue. I also appreciated the cultural education as the regions were obviously well researched, both ethically and politically. So well done and I’m still experiencing a wonderful hangover.

Connor leaned back against the closed door, rage and guilt churning in his gut. Could the woman not tell the difference between the good guys and the bad guys?

Maybe there’s not as much of a difference as you’d like to believe.

He squeezed his eyes shut, tried to block the memory.

He hadn’t meant for it to happen. He wouldn’t have thrown the damned grenade if he’d known. There hadn’t been a damned thing he could do to take it back.

He drew a deep breath, stripped out of his clothes, headed for the shower. He washed away the sweat and the mud and then stood under the spray, his eyes closed, willing himself to let go, to forget. What was done couldn’t be undone. He couldn’t make it better by hating himself for the rest of his life.

He had no idea how much time had gone by—a minute, five minutes—when he opened his eyes again. He turned off the water, stepped out, and dried off.

The problem here was that he’d let himself get emotionally caught up in a client and her mission. He didn’t give a damn what Ms. Lahiri thought about him. If she wanted to tell herself that he and the other Cobra operatives were no better than General Naing and his band of murderers, that was her bad judgment. He didn’t need to deal with her bullshit while risking his life to keep her safe.

He sat at his desk, towel around his waist, and typed up a report for his bosses—Tower and Corbray—leaving out the personal conversations with Ms. Lahiri. He tacked on a request that someone in Denver drive up to Ault to get his box of Hot Wheels out of storage and ship it to Bangladesh as soon as possible. He knew that would raise eyebrows, so he explained that he wanted to donate it to the camp hospital. Then he shot his parents a quick email, telling them what was going on.

He had just hit send when a light knock came at his door—not his main door, but the door to Ms. Lahiri’s room. Figuring she wouldn’t knock if it weren’t important, he answered, still in his towel shirtless, his hair uncombed and still damp.

She stood there in that blue sari, the curve of her hips and her bare belly exposed, her mouth open as if she were aboutto say something. Her pupils dilated, her gaze sliding over him as if she’d never seen a man’s bare chest before. “I … uh…”

“Is it something important?”

“I just wanted to apologize.” Her gaze was fixed on his abs now. “I shouldn’t have said what I said. It was thoughtless of me.”

All the signs of sexual arousal were there—the flush in her cheeks, her dark pupils, the way she was looking at him, the rapid pulse at her throat.

Connor’s body responded, the rush of blood to his groin a warning that this was about to get extremely awkward. He willed his cock to knock it off, but it didn’t want to listen, not with a beautiful woman staring at him as if he were dinner.

She seemed to catch herself, her gaze lifting to meet his. “Sorry to bother you. I just wanted to apologize.”

“Thanks. I appreciate that.” He truly did, but he couldn’t stand here and chat about it. Hestarted to close the door, afraid his dick was about to pitch a tent.

But she wasn’t done. “I don’t know why I said it. I was upset. I didn’t think about how it might come across to you.”

“Makes sense.” He didn’t want to shut the door in her face, but his dick wasn’t obeying orders. “Don’t worry about it.”

“Damned by faint praise.” He closed the door enough to hide his groin, suppressing an insane impulse to drag her into his arms and shut her up with a kiss. “Maybe you should stop while you’re ahead.”

“Sorry.” She was flustered now, her gaze again on his chest. “You’ve been hurt.”

“Yeah. Shot. A few times.” If she didn’t move now, he was going to take her in his arms and kiss the hell out of her, his job be damned.

“Goodnight.” Connor shut the door, leaned back against it, looked down.