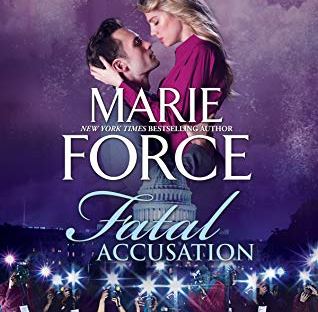 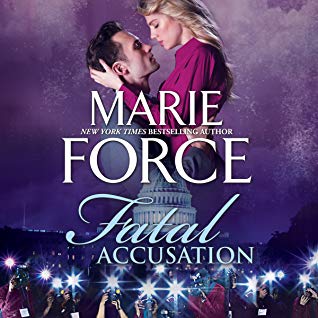 D. C. Metro Police Lieutenant Samantha (Sam) Holland and husband Vice President Nick Cappuano are enjoying a hard earned dinner party with friends when they’re interrupted by a scandalous news break involving President Nelson. Details regarding his affair with a former member of his campaign has now made the headlines, along with the assertion that her newborn baby is his child. Nick wants this contained and the President to persevere because he doesn’t want the man to resign, forcing him to assume the job. As if that wasn’t bad enough, Sam’s handed a high profile murder case the next day and it’s directly connected to Nelson.

It’s hard to define what it is about this series that’s so entertaining but one of the reasons may be the depth of the character development. It’s a big cast but I feel like I know them all intimately. There’s always a thread dangling from past stories that continues to unravel or get pulled. Secondary storylines are an important staple, immersing this reader into a wonderful experience of revisiting people and situations that feel more than familiar. This storyline is a doozy and the murder even more perplexing. What seems obvious isn’t necessarily so and the victim led a complicated life. Participating in the investigation as Sam and her team doggedly pursue clues and leads is another highlight for me as I’m a big fan of police procedurals.

Eva Kaminsky owns the voice and personality of Sam Holland and her partner Freddie Cruz. Some of the best scenes are between the two of them and she captures them and the rhythm of their conversations with perfect pitch. I switched to the audio version of the series after #3 and I’ll never go back. She adds too much to the stories.

Even though I still have issues with Sam’s maturity (or lack thereof) from time to time, I admire her tenacity, courage and deep loyalty to friends, family and colleagues. This series will always be a high priority on my reading plans as the characters and stories remain fresh, intriguing and interesting. I hated reaching the end of this one.