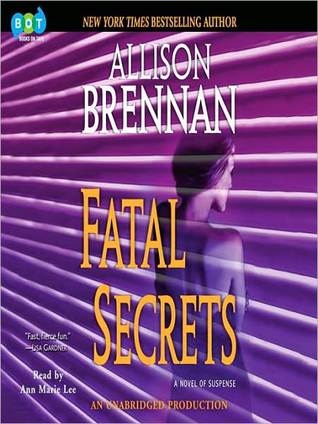 Sonia Knight is a senior agent with ICE and her team is in the middle of a sting to take down the kingpin of a major human trafficking empire. She’s almost thwarted when FBI Assistant Director Dean Hooper shows up with a warrant to search the property. After a brief but volatile discussion, they agree to work together as they’re after the same guy even if for separate purposes. As a joint team, they discover and uncover a much larger network.

As with most of the books in these trilogies, this begins with a terrifying scene that provides much of Sonia’s backstory. It explains why her work is a life mission and defines her really well. Dean is the brother of Will Hooper, who we met in an earlier trilogy, and is almost the complete opposite of Sonia in temperament but is just as intense on the job. They make for an interesting team, personally and professionally.

There’s no easy way to tell a story involving human trafficking and this one is heartbreaking and honest in its revelations. The business is insidious and those involved deserve the toughest sentences justice can mete out. I appreciated that there was equal focus on those that create the demand. There’s lots of action and plenty of excitement. I really liked both Dean and Sonia but never really felt their romantic connection. However, I was happy they found each other as both deserved a happy relationship because their jobs took them to some devastating lows. The narrator was again excellent in all aspects of the performance and I’m so glad I opted for the audio version for the trilogy. This was a good story that kept me edgy.