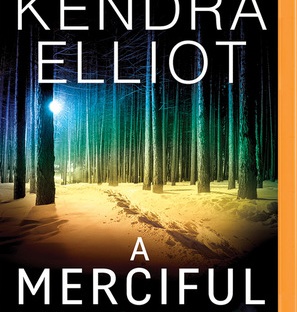 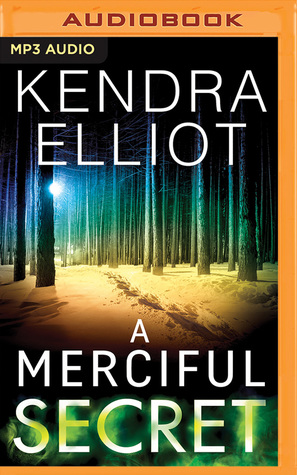 FBI Agent Mercy Kilpatrick is on her way to her hideaway cabin outside of Eagle’s Nest, Oregon when a little girl emerges from the forest pleading for help. She takes her to a cabin deep into the woods and Mercy discovers the girl’s grandmother, Olivia, dying from knife woods. Upon further investigation, Mercy learns that a city judge was killed in a similar manner. She and other agents work to find out how these two people could be connected, living over 100 miles away from each other and who would want both of them dead.

This was a puzzling case, complicated by the rather mystical life of Olivia Sabin and her daughter, Salome. I loved the paranormal elements, which was rather fitting in this setting amongst a town of preppers. While I found it fairly easy to hone in on the probable suspects, the motives were elusive. Meanwhile, Mercy’s boyfriend, Eagle’s Nest Police Chief Truman Daly, is doing his own inquiry into Olivia and Salome’s background as he has his own history with Salome. The two investigations dovetailed nicely as his helped clarify issues even while simultaneously creating more.

I listened to the story and continue to love the narrator’s performance. Her focus is more heavily on the storytelling rather than character distinction, which in its own way provides the definition. I also enjoyed the personal aspects of the story as Mercy and Truman’s relationship deepens and she grows closer to her estranged family. That’s moving at a slow pace, as it should, while the murder mystery raced along. It had an incredible climax that kept me glued to my headphones. Another great story in this series that I wasn’t ready to have end.

13 thoughts on “A Merciful Secret by Kendra Elliot”