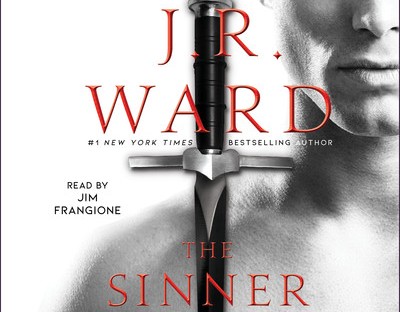 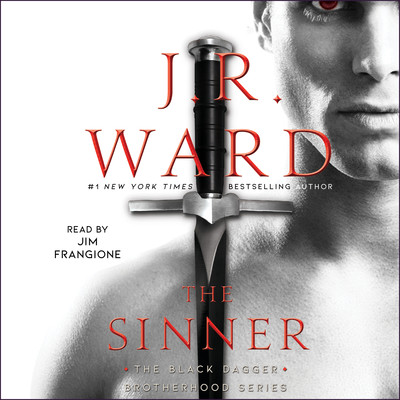 Syn is one of the Band of Bastards now joined with the Brotherhood, though it’s an uneasy alliance. He’s wired very differently, coming from a brutal past that still haunts and drives him. Unknown to the rest of them, Syn is secretly working as an enforcer for a local mobster. It’s an outlet for his own need to bring hurt and during one of his stints with them that he runs into Jo Early, the reporter for the Caldwell Courier Journal who’s also Manny’s sister, unbeknownst to her. She sees something she shouldn’t (of course, Syn takes care of that) and both are strongly drawn to each other. Poor Jo is pre-transition and has absolutely no understanding of why she’s experiencing these physical issues.

I’ve made no secret of my inexplicable addiction to this series so being back here in the world of the Brotherhood is akin to nirvana for me, especially listening to the fabulous Jim Frangione narrate the story. Before this book, I knew virtually nothing about Syn beyond him being one of the Bastards so getting his backstory was just heartbreaking and fascinating at the same time. I’ve also been intrigued about Jo since the discovery of her connection to Manny and longed for her to be put at the forefront. I liked how her relationship with Syn developed and their miscommunication wasn’t too drawn out to be problematic. Her eventual confrontation with the Brotherhood had all the drama I hoped for.

As with all of these books there are multiple plot lines to keep you hopelessly engaged and this one was explosive. Butch (Dhestroyer) has center stage as the clash with the Omega and the Lessers reach a climax. It was exciting and nerve wracking, introducing a new “element” for future stories. There’s also an unbelievable (really good thing) moment involving Wrath at the end of the book that I never saw coming, didn’t anticipate and was unprepared for emotionally. It was a wonderful payoff to a really good story. There’s another surprise, too, that kept everyone off balance in this book, including me. Always a good time in Caldwell!