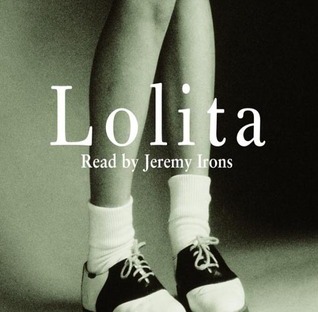 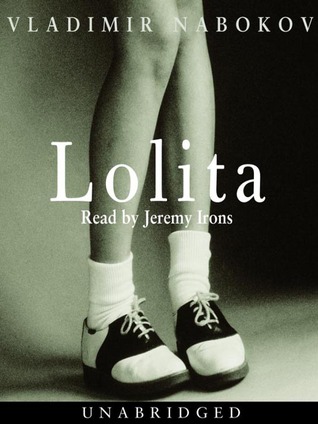 This is the story of Humbert Humbert, told in his own words through a journal, and his obsession with Dolores Haze, an almost 13-year old girl who only he called Lolita. I have a vague recollection of the original movie starring James Mason, Shelley Winters & Sue Lyon, which I watched as a pre-teen (surely my mother didn’t know anything about the film). I was clueless and missed what was going on but over the years came to understand what the term “Lolita” came to mean in our lexicon. I think I watched one scene of the newer film starring Jeremy Irons, who narrates this story, and realized I wasn’t emotionally up to watching it.

So, this was my reading choice for Banned Book Week, read with two other Goodreads companions. This was a tough listening experience because I felt like I was in the mind of a pedophile for most of the book. It felt like a primer for those wanting to satisfy those inclinations. Yes, the writing is exquisite, often clever and the humor wry. It helped but not a lot through the journey.

But a strange thing happened as I neared the end of the story. It is too easy to simply characterize Humbert as a dirty old man. There’s an event early in his life that sort of explains his attraction to a type of young girl, “nymphets” as he calls them that’s difficult to ignore. The ending provided an enlightenment that made it clear, at least for this reader, that his feelings for Lolita went far beyond a sexual attraction. It doesn’t excuse his behavior but I also cannot pigeonhole it to a convenient label.

We never get Dolores’ point of view so her characterization is solely through Humbert’s lens. There are those who saw her as sexualized and a seducer (Dorothy Parker for one) because that’s how he saw her, as if she were an equal partner in their relationship. I’m not in that camp and have my reasons.

I added this book to my shelf because of a blogger friend who was reviewing a true crime story about Sally Horner, considered to be the “real Lolita” and who is mentioned in the story (thank you Ren @ What’s Nonfiction). She recommended I read this first and I’m glad I did. Jeremy Irons delivered an amazing performance that made it hard to listen to but also more meaningful. I get why the book was banned as it is most definitely provocative even by today’s standards let alone in 1955 when it was originally published. Nabokov asserted that there is no moral to the story and I let it overwhelm me without looking for deeper meaning and recommend that approach. This story will haunt me forever, especially that ending.