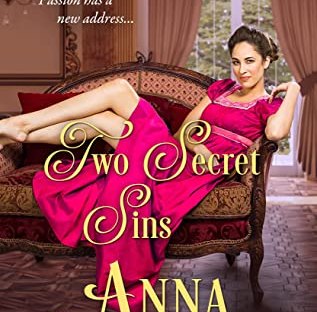 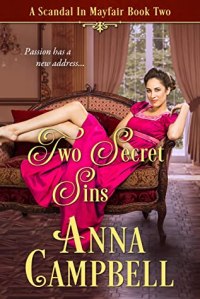 Eliot Ridley, Viscount Colville, is the epitome of respectability, so much that he’s considered to be rather boring. Lady Verena Gerard has made a name for herself but not in a good way. She’s a widow freed from the cruelty of an abusive husband and she’s become rather notorious in her enjoyment of life, including lovers. What no one knows is that for the last six months, she and Eliot have carried on a torrid affair. They’ve kept it secret but now Eliot wants more, ready to tell the world about their affair and make her his wife. Verena never wants to marry again and would rather walk away.

Eliot and Verena’s romance is one of the most unconventional, definitely in the year 1816. Their affair is steamy and passionate but there’s so much more to the relationship than that. I admired her disdain for convention and the hypocrisy of the ton, preferring to live her life as she pleased. I also was impressed with Eliot for appreciating Verena’s spirit and other admirable qualities, not feeling constrained by the expectations of politics or his horrid father’s expectations.

I enjoyed this story primarily because of these two strong characters and the unusual storyline. Eliot’s persistence and insight kept things interesting, even when Verena’s resistance became tiresome. His reactions were thoughtful, inventive and insightful, challenging Verena to seriously explore her feelings more honestly. I’m really liking the direction of this series and how it turns the mores and societal views of the period upside down.