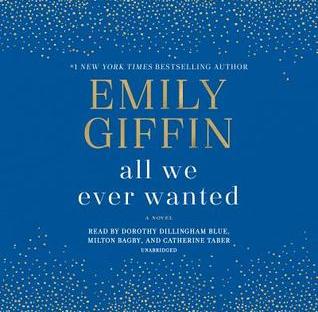 Nina Browning lives a very comfortable life being married to Kirk, one of Nashville’s elite. Their son, Finch is on his way to Princeton having done exceptionally well at Windsor Academy, the city’s prestigious private school. Tom Volpe is a single father and a skilled carpenter. He lives modestly on the east side of town and his daughter, Lyla has excelled scholastically, earning a scholarship to Windsor. The Browning’s and Volpe’s worlds intersect following an unfortunate night at a party where both their children attended.

This was an extremely troubling but compelling story told through the eyes of Nina, Tom and Lyla. Contemporary issues involving sexting, teenage drinking, social bullying and traditional tensions between those that have and others that have less. Nina is a bridge to both worlds as she comes from more humble beginnings and can empathize with Lyla’s circumstances. It puts her at odds with her husband whose only goal is to help his son evade the consequences of his behavior, furthering instilling his sense of entitlement. Tom struggles with Lyla, who doesn’t think what happened was a big deal, to get her to understand how she’s been harmed and how her view will ultimately imperil her self value.

I loved how this story unfolded, made even more powerful by having Lyla’s point of view. All of the characters were changed by what happened, Nina most profoundly as it forced her to take an unfiltered look at her life. It felt real though some of the people in her world seemed a bit caricature, but it illustrated the salient points effectively. Everyone was trying to do the best for their children but not all actions were in their best interests.

I found all three narrators’ performances outstanding. It felt as though they were inhabiting the skin of their characters. This is an important story I literally couldn’t put down, essentially finishing it in one day. I wavered on whether to listen to this one and I’m so glad my instincts pushed me in the right direction. And that thought provoking ending was truly the best final touch.