Set in the wilds of Maine, this is an explosive tale of an estranged son thrust into the hunt for a murderous fugitive—his own father.

Game warden Mike Bowditch returns home one evening to find an alarming voice from the past on his answering machine: his father, Jack, a hard-drinking womanizer who makes his living poaching illegal game. An even more frightening call comes the next morning from the police: They are searching for the man who killed a beloved local cop the night before—and his father is their prime suspect. Jack has escaped from police custody, and only Mike believes that his tormented father might not be guilty.

Now, alienated from the woman he loves, shunned by colleagues who have no sympathy for the suspected cop killer, Mike must come to terms with his haunted past. He knows firsthand Jack’s brutality, but is the man capable of murder? Desperate and alone, Mike strikes up an uneasy alliance with a retired warden pilot, and together the two men journey deep into the Maine wilderness in search of a runaway fugitive. There they meet a beautiful woman who claims to be Jack’s mistress but who seems to be guarding a more dangerous secret. The only way for Mike to save his father now is to find the real killer—which could mean putting everyone he loves in the line of fire.

The 8th book in the Mike Bowditch series was reviewed by Daniel @ Really Into This and got my attention. I always need to read in order, though.

This is how a family keeps a secret…and how that secret ends up keeping them.

This is how children change…and then change the world.

This is Claude. He’s five years old, the youngest of five brothers, and loves peanut butter sandwiches. He also loves wearing a dress, and dreams of being a princess.

When he grows up, Claude says, he wants to be a girl.

Rosie and Penn want Claude to be whoever Claude wants to be. They’re just not sure they’re ready to share that with the world. Soon the entire family is keeping Claude’s secret. Until one day it explodes.

Quite a few of my friends loved this book so I’ve caved. And, the topic is relevant.

After a string of New York Times bestselling suburban thrillers, Andrew Gross has reinvented himself as a writer of historical thrillers. In his latest novel, Button Man, he delivers a stirring story of a Jewish family brought together in the dawn of the women’s garment business and torn apart by the birth of organized crime in New York City in the 1930s.

Morris, Sol, and Harry Rabishevsky grew up poor and rough in a tiny flat on the Lower East Side, until the death of their father thrust them into having to fend for themselves and support their large family. Morris, the youngest, dropped out of school at twelve years old and apprenticed himself to a garment cutter in a clothing factory; Sol headed to accounting school; but Harry, scarred by a family tragedy, fell in with a gang of thugs as a teenager. Morris steadily climbs through the ranks at the factory until at twenty-one he finally goes out on his own, convincing Sol to come work with him. But Harry can’t be lured away from the glamour, the power, and the money that come from his association with Louis Buchalter, whom Morris has battled with since his youth and who has risen to become the most ruthless mobster in New York. And when Buchalter sets his sights on the unions that staff the garment makers’ factories, a fatal showdown is inevitable, pitting brother against brother.

Jennifer ~ Tar Heel Reader wrote a fabulous review of this book. Anytime I can find a well-written historical fiction story with an American setting, it’s almost a sure thing it will end up on my shelf.

One of the most celebrated, beloved, and enduring actors of our time, Sally Field has an infectious charm that has captivated the nation for more than five decades, beginning with her first TV role at the age of seventeen. From Gidget’s sweet-faced “girl next door” to the dazzling complexity of Sybil to the Academy Award-worthy ferocity and depth of Norma Rae and Mary Todd Lincoln, Field has stunned audiences time and time again with her artistic range and emotional acuity. Yet there is one character who always remained hidden: the shy and anxious little girl within.

With raw honesty and the fresh, pitch-perfect prose of a natural-born writer, and with all the humility and authenticity her fans have come to expect, Field brings readers behind-the-scenes for not only the highs and lows of her star-studded early career in Hollywood, but deep into the truth of her lifelong relationships–including her complicated love for her own mother. Powerful and unforgettable, In Pieces is an inspiring and important account of life as a woman in the second half of the twentieth century.

I saw a recent interview with Ms. Fields and decided I wanted to hear her story as she’s much more complex than I’d given her credit.

With few other options, African-American classical musician Gethsemane Brown accepts a less-than-ideal position turning a group of rowdy schoolboys into an award-winning orchestra. Stranded without luggage or money in the Irish countryside, she figures any job is better than none. The perk? Housesitting a lovely cliffside cottage. The catch? The ghost of the cottage’s murdered owner haunts the place. Falsely accused of killing his wife (and himself), he begs Gethsemane to clear his name so he can rest in peace. Gethsemane’s reluctant investigation provokes a dormant killer and she soon finds herself in grave danger. As Gethsemane races to prevent a deadly encore, will she uncover the truth or star in her own farewell performance?

I loved Carla’s review of this book at Carla Loves to Read. And, it also meets my commitment to read more books by diverse authors and stories about diverse characters. 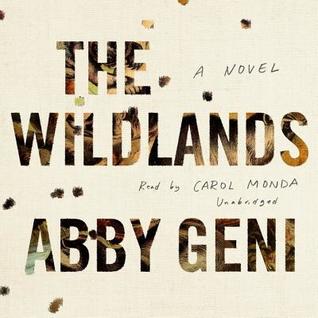 When a Category 5 tornado ravaged Mercy, Oklahoma, no family in the small town lost more than the McClouds. Their home and farm were instantly demolished, and orphaned siblings Darlene, Jane, and Cora made media headlines. This relentless national attention and the tornado’s aftermath caused great tension with their brother, Tucker, who soon abandoned his sisters and disappeared.

On the three-year anniversary of the tornado, a cosmetics factory outside of Mercy is bombed, and the lab animals trapped within are released. Tucker reappears, injured from the blast, and seeks the help of nine-year-old Cora. Caught up in the thrall of her charismatic brother, whom she has desperately missed, Cora agrees to accompany Tucker on a cross-country mission to make war on human civilization.

Cora becomes her brother’s unwitting accomplice, taking on a new identity while engaging in acts of escalating violence. Darlene works with Mercy police to find her siblings, leading to an unexpected showdown at a zoo in Southern California. The Wildlands is another remarkable literary thriller from critically acclaimed writer Abby Geni, one that examines what happens when one family becomes trapped in the tenuous space between the human and animal worlds.

Another one of my reading goals is to explore more of literary fiction. Jennifer ~  Tar Heel Reader reviewed this during the week and it haunted me.

What would this post be like if I didn’t include a book showing up on Two Sisters Lost in a Coulee Reading? I’ve collected the author’s previous books so maybe by the time this is released (May 2019) I’ll have read them.

What books did you add to your shelves this week?

10 thoughts on “Saturdays at the Café”