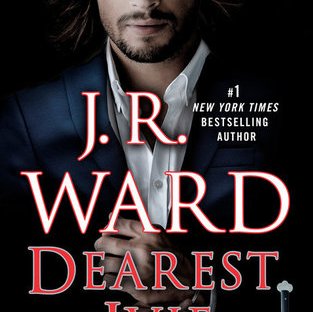 I wasn’t sure what to expect with this novella as there’s only been one to date and it was very much connected to the Brotherhood (one of my favorites). I actually listened to The Thief before reading this one. It’s set in the world of the series but doesn’t involve the Brothers (brief appearances by Jane & Manny).

Ivie is a nurse working for Havers, the well known doctor to the vampire world. She’s at a cigar bar ruminating about the routine nature of her life when a handsome man gets her attention. Ivie’s a bit jaded about these things and after initially rebuffing him, decides to meet Silas for dinner the next evening. He’s a member of the aristocracy and she’s the daughter of a biker, the two coming from opposite ends of the social spectrum. But there’s an undeniable connection that blossoms quickly, both unwilling to deny or avoid it. However, there’s a finite end in sight when Silas tells her he’ll be returning permanently to the Old Country in a month. But, Ivie learns that the truth is much more heartbreaking.

I wasn’t into this story initially as I didn’t know the characters and was feeling my way through to find the point of it all. Things turned when I began warming up to Ivie. She’s the absolute best part of the book as she emerges as an extremely well defined character. Ivie is fiercely loyal, honest to a fault, speaks her mind at will and sees the world through clear shiny glass. Silas is handsome, disarming and immediately taken with all of Ivie’s qualities. The authenticity of their feelings for each other is amplified so strongly I couldn’t avoid being swept up by it. There’s a pivotal event that turns this into more of an emotional experience than I’d anticipated. You’ll need to find that out for yourself.

Only Ward could take two unknown characters and transform them into people you care about deeply in a few chapters and get as deeply invested in their relationship, not wanting to put the book down. I’m glad I changed my mind about skipping it. It was a wonderful reading experience.