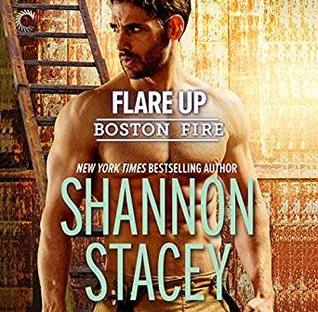 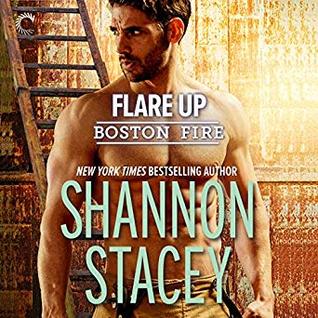 Boston firefighter Grant Cutter still hasn’t healed from the wounds left by his girlfriend, Wren Everett, who inexplicably broke up with him five months ago and disappeared without explanation. Now on the scene of a dangerous apartment building fire, he’s shocked to discover the woman he’s rescuing is Wren.

This was the story I wanted to read because of how mysterious Wren’s departure seemed, knowing she had a troubled backstory. I loved how she was rediscovered, fitting for these first responders and the series. It didn’t take long for the big reveal, which was what I’d suspected and I liked that it wasn’t dragged out too long. The heart of the story actually was the effort it took for Wren to restore the relationships she’d developed and destroyed, not only with Grant but all their common friends and his family. The reactions differed and I found some painfully realistic. Rebuilding trust doesn’t happen overnight and Wren had her work cut out for her. That journey was substantive.

There’s a suspense element that was always in the background and ratcheted up as the story progressed. If there was one disappointment here it was in the climax, which was too…anticlimactic. I wanted just a little more drama. One element I did love, however, was the narrator’s performance. I’ve listened to most of the books in this series and she nailed every story, including this one. She made the characters seem more real.

Based on the epilogue, this book feels like the end of the series. If so, it’s a satisfying conclusion to a pretty wonderful group of stories featuring first responders who showed their heart and humanity. I loved it and while I hate seeing it end, the timing feels right and natural.

13 thoughts on “Flare Up by Shannon Stacey”