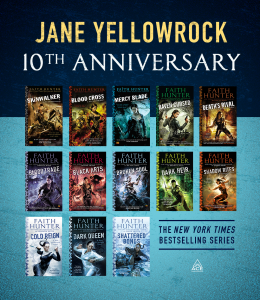 From the moment Faith Hunter’s Jane Yellowrock series debuted with Skinwalker in July 2009, fans were captivated by the story of shapeshifting skinwalker Jane Yellowrock, who fights vampires, demons, and everything between in the city of New Orleans.

For a decade, this unforgettable heroine has enthralled readers and critics alike—the New York Times bestselling series is celebrating its 10th anniversary this summer! 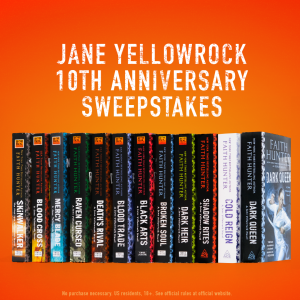 In honor of the 10th anniversary of this beloved series, we’re not only spotlighting it but bringing you news about a special sweepstakes. Three winners will receive a set of the entire series, plus an advance copy of the next book, Shattered Bonds, and some special swag. The sweepstakes will run from July 7th until July 14th.

Have you read the series?