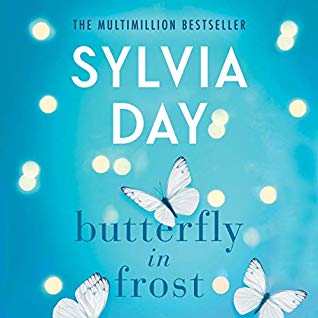 Teagan Ransom is reinventing herself. She’s a plastic surgeon and former reality TV star now living in Seattle, transplanted from New York. She’s made new friends and is living in a butterfly-roofed house with a view of Puget Sound and working from home developing skin care products. Her tranquil existence is disrupted when her next door neighbors suddenly sell their home to Garrett Frost, a successful photographer. Their attraction is instant but it’s clear that both have some tragedy in their pasts.

This was a puzzling story for most of the book as there was an intimacy between Garrett and Teagan that ramped up at lightening speed. I wasn’t feeling it and kept looking for the why. Teagan’s story was revealed so slowly but I knew it was still incomplete because it didn’t provide meaningful insights. Garrett’s was equally slow but much more enlightening. There was always enough to keep me in the story but I couldn’t shake the feeling that I was missing something, like I’d been dropped into the middle of the book. My instincts were dead on as there’s a bombshell dropped late into the party. I’m still trying to sort out if it would have been better to have this revealed earlier. I’m thinking not because I blew through this, trying to GET these characters and what they were about. I liked both of them, though Garrett could come on strong at times. No matter, though as I rooted for them to work.

Fans of Crossfire will be delighted to see characters from that series make brief appearances. You don’t have to have read those books to follow what’s going on but insiders will appreciate the updates.

I listened to this story and the narrators were very good, especially Emma Wilder who carries most of the weight. Her male voice was excellent, making me think that it was an actual male narrator! I’m very glad I chose this format as it really helped me enjoy the book, despite my frustration with the delay in figuring things out.

12 thoughts on “Butterfly in Frost by Sylvia Day”