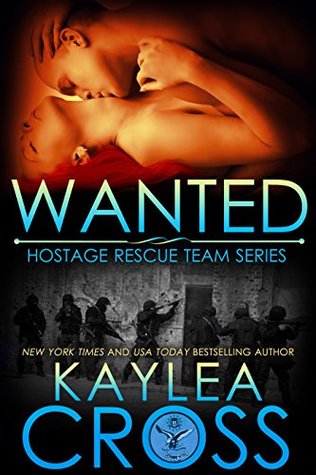 I’m reading this series with a Goodreads group. It’s a spinoff of the Titanium Security series we completed earlier. I will be posting reviews every month as we read each book.

Zoe Renard and FBI Special Agent Clay Bauer continue to be happy in their relationship, coming up on almost a year. She’s slowly putting the trauma of the events in New Orleans behind her but some troubling messages on her social media account are now causing her some worry. Clay gets the NSA involved and soon discover there’s plenty cause for concern.

I wasn’t expecting another story about Zoe & Clay but this turned out to be special on several levels. Those messages were definitely a harbinger of a major threat not only to her but Clay and the Hostage Rescue Team. Getting the villain’s point of view up front set the stage for a chilling story, especially as personal issues affecting Zoe and Clay complicate the situation even more. I could hardly put the book down as things moved quickly.

I love this couple, she with her quirky goth look and he with his taciturn, scary nature. The two of them created something lovely and unconventional when they found each other. This story was crazy scary because it’s not always assured with this author that main characters will come out okay. There’s a nice setup for the next story at the end and now I’m excited to begin that book! I’m really enjoying this series, which consistently delivers on the suspense and romance.

16 thoughts on “Wanted by Kaylea Cross”