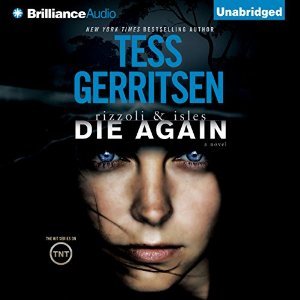 This is another series I read with a group on Goodreads and finished earlier this year. This book series was developed into the television series Rizzoli & Isles that aired on TNT starring Angie Harmon & Sasha Alexander. The books are much grittier than the television show, however.

Detective Jane Rizzoli & Medical Examiner Maura Isles are investigating the gruesome murder of a big game hunter and taxidermist who died in a similar manner to how he captured his own big cats. Maura eventually finds a connection to an unsolved case in the wilds of Botswana where six members of a safari either were presumed dead or whose bodies were later found. There was one survivor and the suspected murderer has never been seen again. That survivor has taken great pains to stay hidden all these years.

I don’t think there’s anything wrong with this story and is a case of “it’s not you, it’s me.” The subject matter was not something that interests me and a great deal of the story takes place during that safari. I’m sure it was fascinating but I just wanted to get back to Boston. Once the story did do just that, it regained my attention.

Tanya Eby repeats as the narrator and did a great job managing a very diverse cast of characters. I liked the continuity. It’s a good story, just not a great one for me.