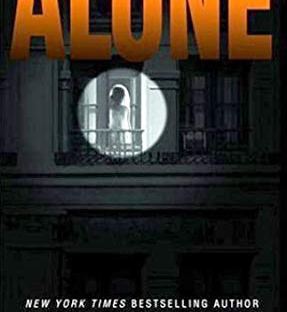 The D. D. Warren series was selected by one of my Goodreads groups to read as a series and we just started. I’ll be posting my reviews of each book every month as we work through the series.

Massachusetts State Trooper Bobby Dodge is called to a tense domestic disturbance standoff. He’s the trained sniper on the team and has the husband, James Gagnon, in his sights. Gagnon has a gun to his wife Catherine’s head and their young son is in the room. When Gagnon makes a threatening move, Bobby takes the shot that ends the standoff and Gagnon’s life. What was an on-the-job action becomes a nightmare for him when Gagnon’s powerful father, a judge, files criminal charges against Bobby.

This turned out to be an incredibly thoughtful story as it goes beyond solving a crime. While Catherine Gagnon comes under scrutiny as a potential instigator in her husband’s death, Bobby’s struggle to come to terms with his ending a man’s life based on a judgment call was fascinating. I’ve often wondered how sanctioned snipers dealt with the job and this story provides deep insights.

There are many other angles to the situation, including Catherine’s tragic history as the man responsible for it is suddenly paroled and she becomes a target. The clues are all there but the resolutions still surprised me in the end. Also, D. D. Warren appears about midway through the story so be advised that her focus in the series really begins beyond this book. Bobby is the primary narrator and I really liked and admired him, flaws and all. I listened to the story and while Anna Fields is a skilled narrator, it would have been a stronger performance with a male narrator (the abridged version was performed by Holter Graham and is below…yum!). She’s a wonderful storyteller but her voice for Bobby wasn’t the best. However, I really enjoyed this opener and am excited about continuing the series.

21 thoughts on “Alone by Lisa Gardner”