As you may know, I LOVE series reading and participate in several group reads of them on Goodreads. It’s been a great year for my series reading as so many were absolute wins. Here’s my list of those I started, continued or finished in 2019.

1. Chronicles of the One by Nora Roberts

This was a major departure for Roberts, stepping into dystopia and young adult while still infusing her mythology, fantasy and adult elements. I loved everything about the series, which I finished this month.

I already knew this author was skilled at writing action scenes from reading the connected series, Titanium Security. With this one, she’s taken it to a new level, keeping it authentic and fresh. It’s a group read and their are only two books left to read and I’m sad to see it end.

Another group read, I’m only two books in and utterly captivated by this series. Its challenge to my sense of right and wrong makes it unique and the character complexity is unparalleled in the genre (historical romance) with its grittiness and raw sexuality. It’s hard to wait for the next month to continue the series.

4. Will Trent by Karin Slaughter

We had to wait almost three years for the most recent book’s release but it was worth it! I held off reading the preceding book until last year so the series was still fresh in my mind. This will always be one of my most favorite for too many reasons to outline. Just know that the writing is brilliant.

5. The Infernal Devices by Cassandra Clare 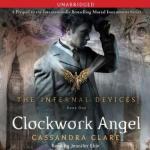 Another group read, this was a part of the The Mortal Instruments series read, considered a prequel but inserted between the third and fourth books in the main series. While I had my challenges with TMI, I loved this one. Set in 19th century England, it was a wonderful mix of fantasy, paranormal, mystery and romance that kept us enthralled.

I began reading this series with a group almost two years ago and we loved it. This year, we finally caught up with the most recent release and it’s taken some adjusting to not have Frank and Sarah in our lives each month. Thankfully, this historical mystery, set in turn of the 19th century New York City, hasn’t ended and a new release is scheduled for next year. 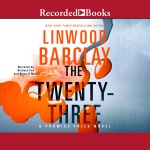 I enjoy this author who normally writes standalones (though I’m finding connections!) so I was happy to get this series and it surpassed my expectations. I’ve one more book to go but the central story arc is already resolved.

I had this series on my shelf for awhile and when a new book was released this year, I binge listened and loved it! I’ve never been so glad about procrastinating.

This is a new series launched late last year that I didn’t get to until this year and I loved it. I already have the second book in the queue to read more about this fascinating character. Written in true Baldacci style, the mystery is engaging and gnarly with lots of surprises. 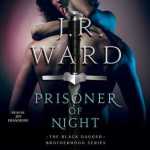 It’s my guilty pleasure and this year, I got to read three books in the series! There’s nothing else like this one and I switched to the audio version about midway and now can’t ever imagine not listening Jim Frangione tell the stories.

This is probably my most favorite romantic suspense series and I hope it never ends. Listening to (or reading) the books is a big time commitment as they’re all well over 500 pages long. But, they’re worth it!

Last and certainly not least, this one is my all time most favorite ever. The 50th book in the series is scheduled for release in February and it’s still fresh. It’s the only series I’ve ever re-read and I love everything about it. They don’t get much better than Eve and Roarke💜

What were some of your favorite series in 2019?