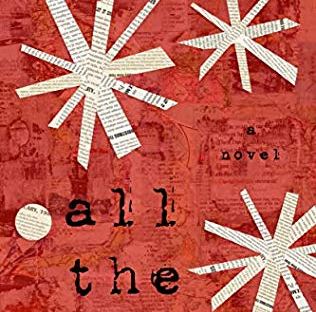 John Schram is a seasoned reporter for the Lancaster Standard Newspaper who is suddenly facing lots of change. He’s approaching fifty, his colleagues are getting younger and the paper has hired a consultant to look at cost-cutting solutions. Some of the retirements have shifted workloads and he now has to take on the advice column, Listening with Lily. As if all this wasn’t unsettling enough, life at home is in turmoil as his 17-year old son Justin is in crisis and won’t open up to him and his wife. For a man accustomed to always knowing the next move, John is having to deal with a life where he doesn’t instinctively know all the answers and wonders if he’s become irrelevant in a much changed world.

It took me a while to figure out that there wasn’t going to be a momentous event to wrap this story around. Rather, it was more of a reawakening for John who isn’t the most perceptive person when it comes to anything outside of his carefully constructed boundaries. In fact, I wasn’t certain whether I liked him or not. But, he was an ideal subject as he’s smart and really cares about all the people in his world, including colleagues and neighbors. He may not show it in traditional ways but when the time came for him to exhibit leadership in unconventional ways, John’s sense of right and wrong helped him navigate some tricky paths.

I really liked this story, especially how I got to be a part of John’s evolution because it wasn’t a transformation. It’s a cautionary tale, too, as he’s the narrator and isn’t always reliable when it comes to his own self evaluation. I had to pay attention to what he did, how he reacted rather than his opinions. That mattered so much and is highly relevant these days as we are so quick to judge based on what we see and hear on the surface. A lot happens here and I loved the insights into a newsroom from a veteran’s point of view, impacted by the younger reporters who brought new ways of doing the job but sought guidance in the process. And, you will often laugh out loud at John’s Letters with Lily responses that preceded every chapter. Thank goodness he had a partner who helped edit. The ending was just perfect.

9 thoughts on “All the News by Hollis Bush”