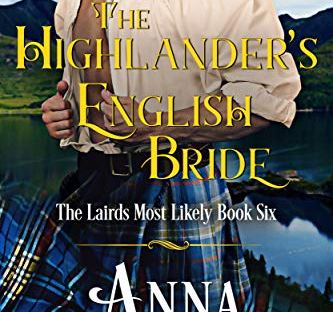 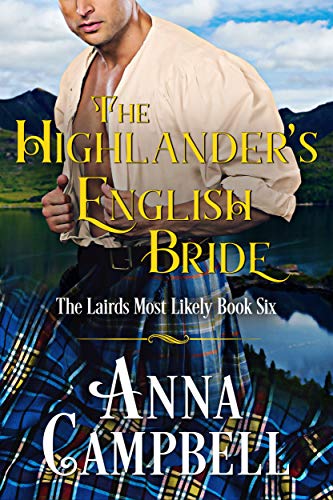 Hamish Douglas is the Laird of Glen Lyon but his first passion is astronomy. He’s poised to present his groundbreaking research regarding a new comet to England’s elite when Emily Baylor, the bluestocking daughter of his beloved mentor, informs him of an error in his calculations. She’s always been an annoyance and this time she pushed his temper too far. Things got heated and, unfortunately, they were caught in what looked like a compromising situation, shattering their reputations. Of course, the only solution was for the two of them to marry, a solution neither of them wanted.

I’m not normally a big fan of these forced marriage situations but got excited about this one because of Hamish and Emily. They were quickly and adeptly defined, he brilliant and brash, she intelligent and independent. Both were handsome people who completely misunderstood each other but deep down respected their skills. Hamish was committed to making the best of it but Emily, in an effort to protect herself, related to him only as she believed him to be, not as he showed up. I found her maddening but she was completely in character. When he gave up and retreated to Scotland, I knew it was the right thing to do to get them on the right path.

Hamish and Emily’s journey to find each other and themselves was one I enjoyed immensely. Deep down he was a romantic poet, a side Emily had never seen and didn’t believe she could trust. She was an accomplished scientist operating in a world where women weren’t allowed but had entry through her esteemed father. Losing that independence was a high cost and it took time to develop trust in the man who respected her intelligence. It is a lovely story involving two very admirable, passionate and likable people who you know belong together no matter how their marriage originated. And, the Scotland setting just made this an even more delightful reading experience.

Thanks to the author for my complimentary copy. All opinions are my own.

5 thoughts on “The Highlander’s English Bride by Anna Campbell”