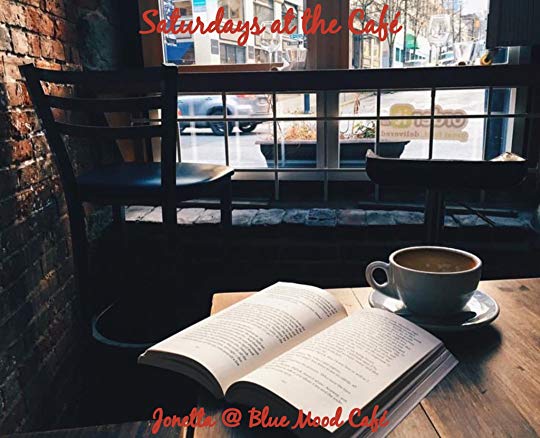 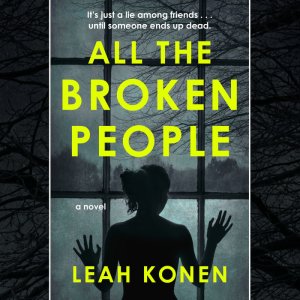 A woman in search of a fresh start is about to get more than she bargained for in this twisty and addictive domestic thriller for fans of The Couple Next Door.

Fleeing Brooklyn with little more than a suitcase and her trusty dog, Lucy King heads to rustic Woodstock , New York, eager to lose herself in a quiet life where her past can never find her. But when she meets Vera and John, the alluring couple next door, their friendship proves impossible to resist. Just as Lucy starts to think the worst is behind her, the couple delivers a staggering bombshell: they, too, need to escape their troubles–and the only way they can begin their new life is if Lucy helps them fake John’s death.

Afraid to lose her newfound support system, Lucy reluctantly conspires with them to stage an “accidental” death on a hike nearby. It’s just one little lie to the police, after all, and she knows a thing or two about the importance of fresh starts. But what begins as an elaborate ruse turns all too real when John turns up dead in the woods the morning after their hike. Now, Lucy must figure out who she can trust and who’s pulling the strings of her tenuous new life . . . before shetakes the fall for murder.

I hadn’t heard of this book until I read a review by one of my Goodreads friends. I’m already salivating for this audio review hopeful. 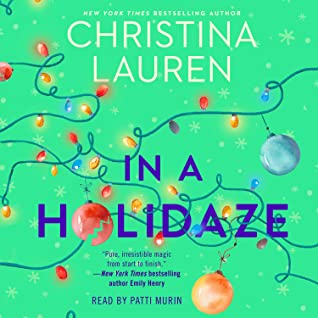 It’s the most wonderful time of the year…but not for Maelyn Jones. She’s living with her parents, hates her going-nowhere job, and has just made a romantic error of epic proportions.

But perhaps worst of all, this is the last Christmas Mae will be at her favorite place in the world—the snowy Utah cabin where she and her family have spent every holiday since she was born, along with two other beloved families. Mentally melting down as she drives away from the cabin for the final time, Mae throws out what she thinks is a simple plea to the universe: Please. Show me what will make me happy.

The next thing she knows, tires screech and metal collides, everything goes black. But when Mae gasps awake…she’s on an airplane bound for Utah, where she begins the same holiday all over again. With one hilarious disaster after another sending her back to the plane, Mae must figure out how to break free of the strange time loop—and finally get her true love under the mistletoe.

Jam-packed with yuletide cheer, an unforgettable cast of characters, and Christina Lauren’s trademark “downright hilarious” (Helen Hoang, author of The Bride Test) hijinks, this swoon-worthy romantic read will make you believe in the power of wishes and the magic of the holidays. 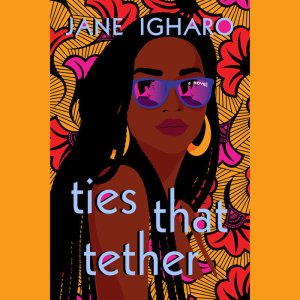 One of BuzzFeed’s Romance Novels to Read Summer 2020

When a Nigerian woman falls for a man she knows will break her mother’s heart, she must choose between love and her family.

At twelve years old, Azere promised her dying father she would marry a Nigerian man and preserve her culture, even after immigrating to Canada. Her mother has been vigilant about helping—well forcing—her to stay within the Nigerian dating pool ever since. But when another match-made-by-mom goes wrong, Azere ends up at a bar, enjoying the company and later sharing the bed of Rafael Castellano, a man who is tall, handsome, and…white.

When their one-night stand unexpectedly evolves into something serious, Azere is caught between her feelings for Rafael and the compulsive need to please her mother. Soon, Azere can’t help wondering if loving Rafael makes her any less of a Nigerian. Can she be with him without compromising her identity? The answer will either cause Azere to be audacious and fight for her happiness or continue as the compliant daughter.

I saw this and immediately fell in like. This should be good and, yes, another audio review hopeful. 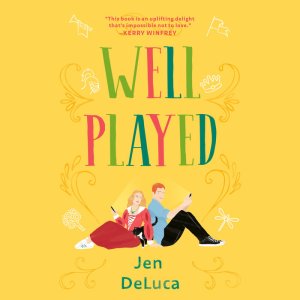 Stacey is jolted when her friends Simon and Emily get engaged. She knew she was putting her life on hold when she stayed in Willow Creek to care for her sick mother, but it’s been years now, and even though Stacey loves spending her summers pouring drinks and flirting with patrons at the local Renaissance Faire, she wants more out of life. Stacey vows to have her life figured out by the time her friends get hitched at Faire next summer. Maybe she’ll even find The One.

When Stacey imagined “The One,” it never occurred to her that her summertime Faire fling, Dex MacLean, might fit the bill. While Dex is easy on the eyes onstage with his band The Dueling Kilts, Stacey has never felt an emotional connection with him. So when she receives a tender email from the typically monosyllabic hunk, she’s not sure what to make of it.

Faire returns to Willow Creek, and Stacey comes face-to-face with the man with whom she’s exchanged hundreds of online messages over the past nine months. To Stacey’s shock, it isn’t Dex—she’s been falling in love with a man she barely knows.

This just sounds like a fun take on our beloved Cyrano’s story. It’s the second book in the Well Met series and an audio review hopeful. 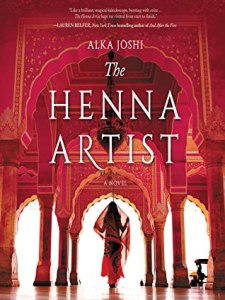 Vivid and compelling in its portrait of one woman’s struggle for fulfillment in a society pivoting between the traditional and the modern, The Henna Artist opens a door into a world that is at once lush and fascinating, stark and cruel.

Escaping from an abusive marriage, seventeen-year-old Lakshmi makes her way alone to the vibrant 1950s pink city of Jaipur. There she becomes the most highly requested henna artist—and confidante—to the wealthy women of the upper class. But trusted with the secrets of the wealthy, she can never reveal her own…

Known for her original designs and sage advice, Lakshmi must tread carefully to avoid the jealous gossips who could ruin her reputation and her livelihood. As she pursues her dream of an independent life, she is startled one day when she is confronted by her husband, who has tracked her down these many years later with a high-spirited young girl in tow—a sister Lakshmi never knew she had. Suddenly the caution that she has carefully cultivated as protection is threatened. Still she perseveres, applying her talents and lifting up those that surround her as she does.

I don’t recall who put this book on my radar but I waited until it showed up at my library before I added it to my shelf. My number came up in the queue this week for the audio version. 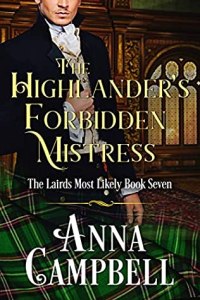 A week to be wicked…

Widowed Selina Martin faces another marriage founded on duty, not love. When notorious libertine Lord Bruard invites her to his isolated hunting lodge, he promises discretion – and seven days of hedonistic pleasure before she weds her boorish fiancé. All her life, Selina has done the right thing, but this no-strings-attached chance to discover the handsome rake’s sensual secrets is irresistible. She’ll surrender to her wicked fantasies, seize some brief happiness, then knuckle down to a loveless union. What could possibly go wrong?

In a lifetime of seduction, Brock Drummond, the dashing Earl of Bruard, has never wanted a woman the way he wants demure widow Selina Martin. When Selina agrees to become his temporary lover, he soon falls captive to an enchantment unlike any other. He sets out to slake his white hot desire until only ashes remain, but as each day of forbidden delight passes, the idea of saying goodbye to his ardent mistress becomes more and more unbearable.

When scandal explodes around them and threatens to destroy Selina, Brock is the only person she can turn to. After so short a time, can she trust a man whose name is a byword for depravity?

Another book by my favorite Aussie writer. I’m getting this for review and I’m just happy to have another book in the series. 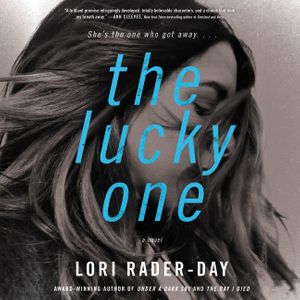 From the author of the Edgar Award®-nominated Under A Dark Sky comes an unforgettable, chilling novel about a young woman who recognizes the man who kidnapped her as a child, setting off a search for justice, and into danger.

Most people who go missing are never found. But Alice was the lucky one…

As a child, Alice was stolen from her backyard in a tiny Indiana community, but against the odds, her policeman father tracked her down within twenty-four hours and rescued her from harm. In the aftermath of the crime, her family decided to move to Chicago and close the door on that horrible day.

Yet Alice hasn’t forgotten. She devotes her spare time volunteering for a website called The Doe Pages scrolling through pages upon pages of unidentified people, searching for clues that could help reunite families with their missing loved ones. When a face appears on Alice’s screen that she recognizes, she’s stunned to realize it’s the same man who kidnapped her decades ago. The post is deleted as quickly as it appeared, leaving Alice with more questions than answers.

Embarking on a search for the truth, she enlists the help of friends from The Doe Pages to connect the dots and find her kidnapper before he hurts someone else. Then Alice crosses paths with Merrily Cruz, another woman who’s been hunting for answers of her own. Together, they begin to unravel a dark, painful web of lies that will change what they thought they knew—and could cost them everything.

Twisting and compulsively engaging, The Lucky One explores the lies we tell ourselves to feel safe.

When this was offered for audio review, I mistakenly took a pass but the reviews are strong. Fortunately, my library agreed with my recommendation and bought it! I was the first for the audiobook. 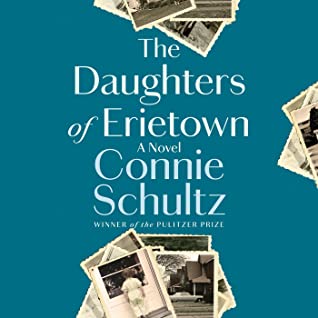 Hidden desires and long-held secrets, the sacrifices people make to realize their dreams is at the heart of this powerful first novel about a working class family in Ohio. By the popular Pulitzer Prize-winning journalist.

In the 1950s, Ellie and Brick are teenagers in love. As a basketball star, Brick has the chance to escape his abusive father and become the first person in his blue-collar family to attend college. But after Ellie learns that she is pregnant, they get married, she gives up her dream of nursing school, and Brick gets a union card instead.

From there, this riveting novel tells the story of Brick, Ellie, and their daughter Samantha. It illuminates the issues facing working-class families and their communities, as it chronicles the evolution of women’s lives in America. It also explores how much people know about each other and pretend not to, and the secrets that explode lives.

I watched an interview with the author this week and decided I needed to read her books. Turns out, I’d initially passed up this one for audio review but wasn’t too late to make a correction! 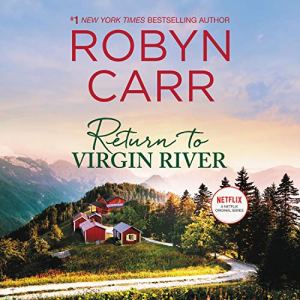 Don’t miss the eagerly anticipated new novel set in the beloved fictional town of Virgin River, where strangers become friends and everyone is welcome. It’s the perfect escape listen you’ve been waiting for.

I finished this series years ago and it still ranks as one of my top ten favorites. When the Netflix series was released, I binge watched it immediately. Now, I’m over the moon that Carr is adding another story to the book series!. I’m getting this one for audio review when it’s released in October.

33 thoughts on “Saturdays at the Café”