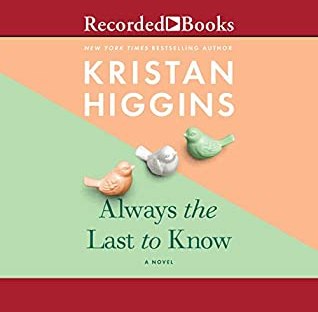 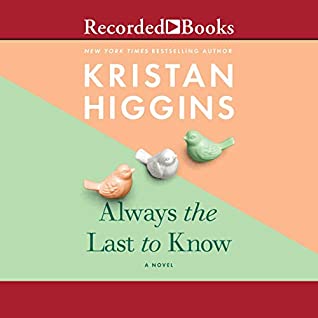 Barb and John Frost raised two daughters in Stonington, Connecticut. Juliet, the oldest, is a successful and well-regarded architect in a prestigious firm. Sadie is an art teacher at a Catholic school in New York City and a struggling artist trying to launch her career. Barb & John’s marriage isn’t on the strongest foundation, in fact she’s considering divorce. And, it’s not even a conversation she’s had with John. Before she can do so, she gets a call that he’s in the hospital undergoing brain surgery stemming from a stroke and bicycle fall. The lives of everyone in this family are literally permanently disrupted overnight.

The story is told from all four characters’ points of view, including John’s following his stroke. The most difficult of all of them is Barb’s story as it’s bitter and not always sympathetic. I must admit that I didn’t like much about her for a good portion of this story. But then I slowly realized that this was the result of years of pent up frustration from a woman who rarely received acknowledgement for exceptionally supporting her husband and family. Experiencing her evolution from an unfulfilled woman to a better place was often gut wrenching and hard to take in because hers is a common journey, hitting hidden nerves. On the surface, Juliet appears to have the perfect career, family and marriage and therein lies her issues. All that perfection takes a toll. Sadie wants to have a successful career as an artist and has an image of what that looks like but hasn’t yet embraced her talent or figured out what it really is. Juliet is Barb’s unabashed favorite; Sadie is John’s.

I inhaled this story, fascinated by these women and the trajectory of their lives. There is a shocking revelation early on where the details were later slowly delivered. It was easy to get caught up in some of the aspects as they could apply to my own life. Their paths weren’t predictable and the resolutions were still unclear until I reached the end. The characterizations are rich and while there’s not a lot of drama, there’s plenty of depth to their stories and relationships. I opted to listen to the book and Barb’s voice took some getting used to but I was happy with everyone else as they seem to fit the characters, especially Juliet’s. I like that multiple narrators were used as it was ideal for four main characters with equal weight. This author never disappoints and I loved everything about this one.

(Thanks to Recorded Books for my complimentary copy. All opinions are my own.)

27 thoughts on “Always the Last to Know by Kristan Higgins”