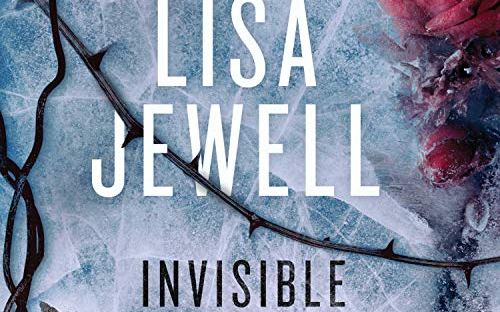 Cate Fours and her family are temporarily living in Hampstead, north of London, while their home in Kilburn is being repaired for subsidence. She picked the neighborhood because it was a more grand address and she wanted the experience as insurance was covering the expense. However, one night her daughter Georgia believes she was followed home by a sinister man and there are reports of other assaults having happened in the area. When a young girl named Saffyre Maddox goes missing Valentine’s Day night, Cate goes on high alert because the teen is one of her husband Roan’s former patients. He’s a child psychologist and she was the source behind their recent marital issues. But there were other suspicious characters, including Owen Pick, the odd neighbor across the street who becomes the center focus.

The story begins with part of what happened Valentine’s Day and quickly shifts to events happening before that night. It’s told from Saffyre’s first person point of view as well as Cate’s and Owen’s. It’s a slow build as each comes at this from different perspectives and motivations. Without knowing anything about what would eventually happen, I just followed the flow of the story, immersing myself into each of these characters. By the time Saffyre goes missing, I felt I knew more than the police handling the case.

I found this to be a fascinating story on several levels. While the later focus was on finding Saffyre, most of the story was more character driven so I became more intent on figuring them out. It was also a great illustration as to how most people wear a mask to face the public and what we get to see is that which they wish to show. The real challenge is seeing what lies beneath. I liked the dual presentation of truly knowing the three narrators and seeing how they were perceived. Figuring out the other characters through their lenses was also intriguing. I’m glad I chose to listen to the story as all three narrators delivered great performances and strongly defined Cate, Saffyre and Owen, creating vivid images. I even liked the ending which left me both settled and bothered. It’s typical fare from this author who continues to deliver stories that explore the human condition in the midst of a murky mystery.