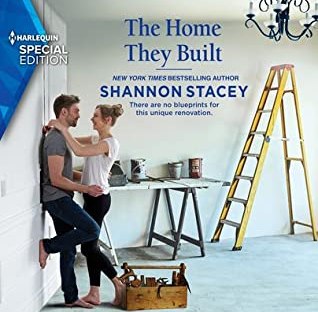 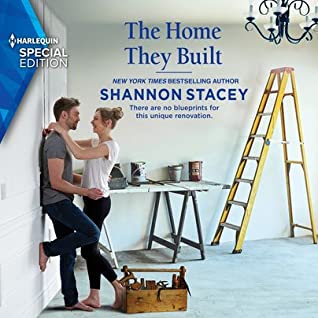 Anna Beckett is the host of the TV renovation show, Rehab Relic and her next project is the Blackberry Bay Inn owned by Tess Weaver. Problem is, there’s no such animal but Tess submitted an application to renovate what’s really her own home. She enrolls the entire town into the ruse and forces her grandson, Finn, to be onsite as the resident inn “handyman” when he’s really a successful financial manager living in a neighboring town. But Anna accepted Tess’s application with eyes wide open because she has her own personal reason for wanting to come to Blackberry Bay.

If you love HGTV and any of those renovation shows, you’ll appreciate this story. I’m not much on the repair side but love the design aspects and got my fix here. It took me a minute to connect the dots about Anna as her secret was revealed in the last book. Finn does his best to support his grandmother but his role of handyman isn’t a good fit but he and Anna are. But, both suffer so much guilt about the secrets they’re keeping from each other that it threatens to destroy a great relationship. Otherwise, their developing romance worked and worked well.

I enjoyed all of the zany attempts at holding up Tess’s “lie.” It’s a small town and it was tougher because the renovation team was running into townspeople constantly. It was nice connecting with the characters from the earlier books, especially as some were relevant to this one. I’m glad I listened to the series as the same narrator was used and she delivered a really fine performance. This was probably my favorite but honestly, I enjoyed all of the stories and hate saying goodbye to Blackberry Bay.

HarperAudio US · THE HOME THEY BUILT by Shannon Stacey