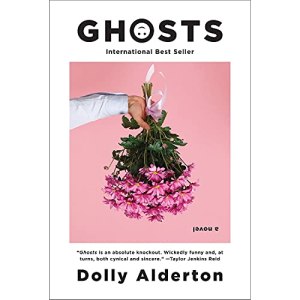 A smart, sexy, laugh-out-loud romantic comedy about ex-boyfriends, imperfect parents, friends with kids, and a man who disappears the moment he says “I love you”.

Nina Dean is not especially bothered that she’s single. She owns her own apartment, she’s about to publish her second book, she has a great relationship with her ex-boyfriend, and enough friends to keep her social calendar full and her hangovers plentiful. And when she downloads a dating app, she does the seemingly impossible: She meets a great guy on her first date. Max is handsome and built like a lumberjack; he has floppy blond hair and a stable job. But more surprising than anything else, Nina and Max have chemistry. Their conversations are witty and ironic, they both hate sports, they dance together like fools, they happily dig deep into the nuances of crappy music, and they create an entire universe of private jokes and chemical bliss.

But when Max ghosts her, Nina is forced to deal with everything she’s been trying so hard to ignore: Her father’s Alzheimer’s is getting worse, and so is her mother’s denial of it; her editor hates her new book idea; and her best friend from childhood is icing her out. Funny, tender, and eminently, movingly relatable, Ghosts is a whip-smart tale of relationships and modern life.

NetGalley strikes again through email! I read the description and wanted to read it right now. I’m waiting for the audio version, hopefully for review.

The New York Times bestselling Beach House series returns with this tender and compassionate novel following the Rutledge family as they face a summer of upheaval and change with perseverance, unity, and a dose of humor, discovering unexpected joys and lessons that will endure long past the season.

The coming of spring usually means renewal, but for Linnea Rutledge, it begins a season of challenge. Linnea faces another layoff, this time from the aquarium she adores. For her—and for her family—finances, emotions, and health teeter on the brink. To complicate matters, her new love interest, Gordon, struggles to return to the Isle of Palms from England. Meanwhile, her old flame, John, turns up from California and is quarantining next door. She tries to ignore him, but when he sends her plaintive notes in the form of paper airplanes, old sparks ignite. When Gordon at last reaches the island, Linnea wonders—is it possible to love two men at the same time?

Love in the time of COVID-19 proves challenging, at times humorous, and ever changing. Relationships are redefined, friendships made and broken, and marriages tested. As the weeks turn to months, and another sea turtle season comes to a close, Linnea learns there are more meaningful lessons during this summer than opportunities lost: that summer is a time of wonder, and that the exotic lives in our own backyards. In The Summer of Lost and Found, Linnea and the Rutledge family continue to face their challenges with the strength, faith, and commitment that has inspired fans for decades.

This showed up at my library and before I even read the review by Jennifer ~Tar Heel Reader, I grabbed it. She’s raved about this series and writer for some time now.

It all happens so quickly. One day you’re living the dream, commuting to work by ferry with your charismatic neighbor Kit in the seat beside you. The next, Kit hasn’t turned up for the boat and his wife, Melia, has reported him missing.

When you get off at your stop, the police are waiting. Another passenger saw you and Kit arguing on the boat home the night before, and the police say that you had a reason to want him dead. You protest. You and Kit are friends – ask Melia, she’ll vouch for you. And who exactly is this other passenger pointing the finger? What do they know about your lives?

No, whatever danger followed you home last night, you are innocent, totally innocent.

Even though I was intrigued by the description, it was the review by Nicki @ Secret Library Book Blog that tipped the scales. An audio review hopeful. 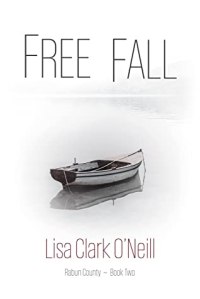 When the search for a missing woman brings private detective James Wellington to Rabun County, Georgia, he finds more than he bargained for – including an instant spark with the county sheriff’s younger sister, Willow McCloud. The cold case heats up as a string of break-ins and a seemingly unrelated murder put James at the center of a violent storm. Under fire and under suspicion, James finds himself in both professional and personal free fall. Can he save his reputation – and Willow – from an elusive killer before it’s too late?.

O’Neill is a fabulous Indie writer and one of my Goodreads groups discovered her years ago. She writes great romantic suspense and this is her new second book in the Rabun County series. I bought it immediately after getting her newsletter announcing its release. Yep, one of my rare auto buys. 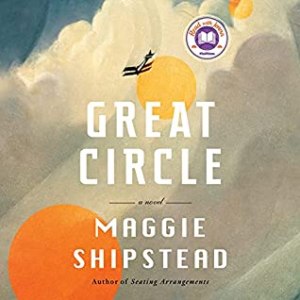 After being rescued as infants from a sinking ocean liner in 1914, Marian and Jamie Graves are raised by their dissolute uncle in Missoula, Montana. There – after encountering a pair of barnstorming pilots passing through town in beat-up biplanes – Marian commences her lifelong love affair with flight. At 14, she drops out of school and finds an unexpected and dangerous patron in a wealthy bootlegger who provides a plane and subsidizes her lessons, an arrangement that will haunt her for the rest of her life, even as it allows her to fulfill her destiny: circumnavigating the globe by flying over the North and South Poles.

A century later, Hadley Baxter is cast to play Marian in a film that centers on Marian’s disappearance in Antarctica. Vibrant, canny, disgusted with the claustrophobia of Hollywood, Hadley is eager to redefine herself after a romantic film franchise has imprisoned her in the grip of cult celebrity. Her immersion into the character of Marian unfolds, thrillingly, alongside Marian’s own story, as the two women’s fates – and their hunger for self-determination in vastly different geographies and times – collide. Epic and emotional, meticulously researched and gloriously told, Great Circle is a monumental work of art, and a tremendous leap forward for the prodigiously gifted Maggie Shipstead.

I gave this a pass, after much deliberation, when it was offered for audio review. Then Reese Witherspoon selected it for her book club as May’s pick. Thankfully, my library came to the rescue.

Daniel leads a rich life in the university town of Athens, Georgia. He’s got a couple close friends, a steady paycheck working for a regional airline, and of course, for a few glorious days each fall, college football tailgates. He considers himself to be a mostly lucky guy – despite the fact that he’s suffered from a debilitating disease since he was a small child, one that has left him unable to speak or to move without a wheelchair.

Largely confined to his home, Daniel spends the hours he’s not online communicating with irate air travelers observing his neighborhood from his front porch. One young woman passes by so frequently that spotting her out the window has almost become part of his daily routine. Until the day he’s almost sure he sees her being kidnapped….

I wanted this when it was offered for audio review but I had already reached my limit. I was thrilled when it showed up at my library.

19 thoughts on “Saturdays at the Café”