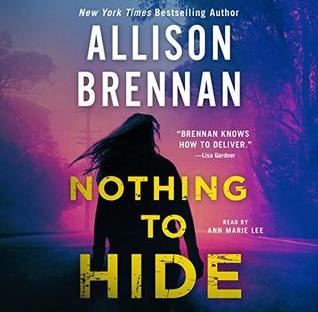 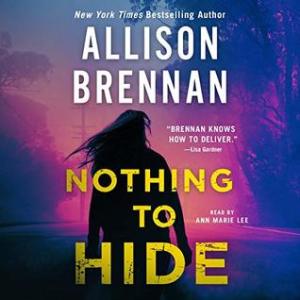 FBI Agent Lucy Kincaid is assigned to assist the Bexar County Sheriff’s Office investigator with a murder that has the exact same characteristics of two prior ones. Fearing a serial killer may be at work, the Sheriff’s Office made the call for FBI assistance despite the objection of their assigned investigator Jerry Walker. His past experience with the Feds was problematic so Lucy not only has to work an extremely difficult case but dismantle the brick walls he wants to place between them. Meanwhile, Sean’s son Jesse is facing his own challenges with his friends from the Boys Home. They’re attempting to resolve a gang threat on their own to protect one of the residents and they are in over their heads.

It was a nice change of pace to see Lucy doing what she really does best: profiling. Despite her partner’s attitude, he’s a skilled investigator and they work well in uncovering evidence, sifting through clues and developing paths to explore. The procedurals were exceptional and I enjoyed this aspect more than the resolution! Jesse’s inner struggle to support his friends but not damage his relationship with his father was pretty realistic as they behaved like teens typically would, as boneheaded as their decisions turned out to be. They brought the tension and I was extremely worried for them.

I continue to enjoy this series, including the audio performance by Lee who handles a host of characters skillfully and is a wonderful storyteller. I like how her male voices aren’t exaggerated and sound so normal, too. While the murder case was interesting, it was eclipsed by what was going on with Jesse. It was exciting and I loved how the men in his life, including blood relatives and those Sean & Lucy consider family, rose to the occasion to support the boys. It was an important moment and a highlight of the story. I’m not looking forward to catching up.

MacmillanAudio · Nothing to Hide by Allison Brennan, audiobook excerpt

FBI Agent Lucy Kincaid squatted next to the latest victim of a possible serial killer. The victim had been identified as thirty-four-year-old Julio Garcia, the head chef of a convention hotel in downtown San Antonio.

Beaten then shot in the face. Fast, efficient, brutal. It was a gruesome sight, but Lucy was used to violence.

“I can give you five minutes,” senior crime scene investigator Ash Dominguez said. “Until Walker gives me the thumbs-up, this is still his crime scene.”

Lucy bristled. Ash was doing her a big favor, but the entire situation would have been a whole lot easier if the sheriff’s deputy investigator Jerry Walker didn’t have a chip on his shoulder about the FBI. She honestly hadn’t expected the pushback. The FBI office had a terrific working relationship with both the sheriff’s office and SAPD, but from the beginning of this investigation Walker had made everything more difficult than it had to be.

Besides, he knew she was coming to the scene, it had already been cleared by their mutual bosses. That he’d slipped away irritated her, but she wasn’t surprised. The sheriff asked the FBI to assist shortly after the second murder three weeks ago, and the criminal investigations unit sent their office copies of the reports. But Walker hadn’t followed up or returned her calls. It was clear he didn’t like working with federal agents, but he didn’t have a choice. The orders had come from higher up, and the three murders were almost identical. That fact put these deaths in a whole new category.

Her boss SSA Rachel Vaughn hadn’t actually said those exact words, but she had lamented that there was no one she could send with Lucy to the crime scene, which was now an official joint investigation.

“It’s not that you aren’t capable of running solo with this, Lucy, but you’re still a rookie and it’s a touchy situation. As soon as I can juggle the workload of another agent, you’ll have a partner.”

Lucy shouldn’t need an FBI partner—Walker was supposed to be working with her. She’d reached out to him this morning when she’d learned about the third victim, yet he’d disappeared from the crime scene before she arrived.

She pushed aside interoffice bullshit and visually inspected Garcia’s body. The smashed hands. The gunshot to his face. If the MO from the previous two held, the autopsy would reveal that he’d been hit in the stomach and groin by the same object that shattered the bones in his hands—likely a small sledgehammer or mallet. There were conflicting interpretations of the murders and Lucy couldn’t say exactly what they were looking at. On the one hand it seemed personal; on the other, sexual. Yet again, an act of revenge or retribution. Or even possibly a thrill killing, because the victims were beaten before they were murdered. In fact, they couldn’t even confirm that the killer worked alone—each victim was a physically fit male with minimal or no defensive wounds.

The attention the killer paid to smashing his victim’s hands suggested a thief, that the victims had taken something from the killer. But so far—at least between the first two victims—there was absolutely no connection that law enforcement could find.

This was the type of crime Lucy had the most experience with: violent. What that said about her, she didn’t know—other than she was good at getting into the heads of both killers and victims.

“I read your other reports,” she said. “Does this victim present the same way?”

“Damn near identical. The killer got up close and personal—several blows to the torso and groin, possibly one to the back of the head. Possible Taser burn on the victim’s shirt”—he gestured—“but it was a contact stun, no cartridge and no confetti.”

Virtually all personal Tasers now have AFID confetti to track to the owner. That put the killer in the smart category. Smart and confident.

But why the stun? It hurt like hell, but wouldn’t keep the victim down. Was it before or after the initial blow? Had the victim tried to get up? Fought for the weapon so the killer used the jolt to stun him long enough to retrieve another weapon?

Except … there was little sign of a struggle. The victim had been found only a dozen feet from his car.

Ash said, “For some reason, the victim pulled over into this parking lot. He got out of his car, left his phone and keys. Then he was attacked. Though no way we can confirm this without an autopsy, he was likely attacked from behind because there don’t appear to be any defensive wounds on his arms. Then whack, whack, whack, the killer used a blunt object similar to the first two murders. I should be able to confirm once I get trace from the autopsy. If it’s consistent, I’m leaning toward a steel mallet with a diameter of between two and a half and three inches, but I can’t tell you exactly what yet.”

“It’s unusual that the focus was on his hands,” Lucy said. Extremely odd. “The groin suggests sexual, but the victims were all fully clothed, and the genitals weren’t mutilated.”

“You sound like a cop now,” Lucy said. “And there’s always a purpose. We just don’t know why yet.”

She swatted flies from the body and looked closely at the mouth, unable to avoid seeing the brain matter and blood from the close-range gunshot in the face. In the previous murders duct-tape residue had been found on and around the victim’s mouth, but no tape was found at either scene. The killer had taken it with him, likely to avoid it being traced back to him. Tape is a terrific medium to obtain prints, trace evidence, or DNA. Here she could make out the rawness on the skin from the tape being pulled off. If they could find the tape—was it a souvenir? Did the killer dispose of it between the crime scene and his home? Destroy it? Why duct-tape the mouth at all? The kills had been quick. Not as efficient as they could have been—but was that part of the thrill? To beat a man down, then shoot him?

The killer was smart. Ruthless. Purposeful. Because even though these victims appeared random, there was a purpose. Killers almost always had a reason.

Once Lucy figured out how the victims connected, the motive would be clear, she was certain of it. And if the killer was truly a serial murderer, there would be a connection. While the victims might seem random, there would be a commonality that made sense to the killer. She couldn’t shake the feeling that this was retribution, which meant the killer may be done when he finished with his list. Who was on it? People who had done him wrong? Hurt him emotionally or physically? If that was the case, these three men would certainly be connected—even if it was long ago. Even if they hadn’t communicated in years.