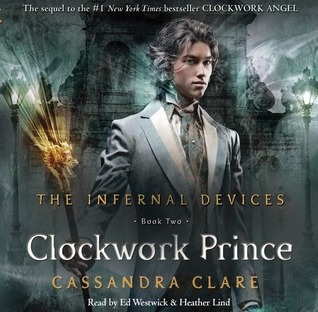 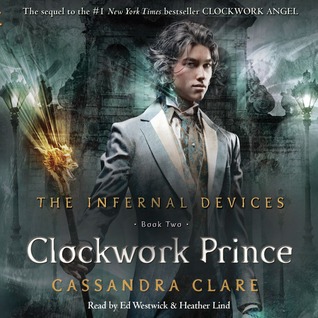 We pause from The Mortal Instruments and continue the prequel trilogy, as recommended by the author and many readers. This second book continues the reach back into the past of the Shadowhunters & Downworlders.

The story begins pretty much from where the last book ended. Reeling from the attack by the Magister on the Institute, the Shadowhunters and Tessa Gray’s focus is on finding him and stopping his mad plan for dominance of Britain using his infernal devices. Tessa is also trying to find out exactly who and what she is, deepening her relationship with Jem, though still intrigued by the enigmatic Will.

A Goodreads friend of mine described this story as more character development than action and I wholeheartedly agree. That worked for me as every major character and relationship was explored with more depth than the first book. That includes the Lightwoods (father Benjamin and sons Gabriel and Gideon), Charlotte & Henry Fairchild, Axel Mortmain and, of course Tessa, Will & Jem. There is a lot of action still but very much secondary to the characterizations. This really worked for me as I now have a better understanding of the motivations of each, which helps in speculating about what may come and ties deeply to the plot and world building.

There’s also a love triangle brewing, something I normally despise in a story. However! This one is so intricately tied to the plot and each character’s own transformation, it took me a bit to remember it was the dreaded trope. I enjoyed this story so much, all 15 hours of listening, and can’t wait for the final showdown. It should be spectacular based on the secrets, lies and betrayals revealed in this one. I’m still pleased with the audio format though I wish they stayed with the previous narrator for Tessa.