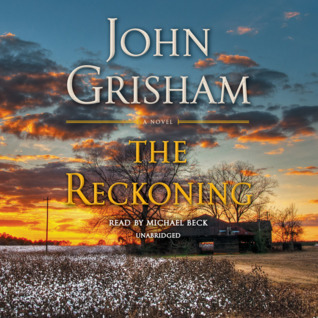 On an unremarkable morning in October 1946, Pete Banning, decorated war veteran and one of the town of Clanton, Mississippi’s favorite sons, left his farm and drove to the Methodist church and, without fanfare, shot and killed the minister, Dexter Bell. He returned home, offering no explanation for his action.

The mystery of why Pete shot Dexter Bell is the central focus of this story as every aspect of his life is examined. He had only returned the year before after having served in the Philippines and been captured by the Japanese and spent time as a POW and was missing, presumed dead before his miraculous rescue. The story gets the dynamics and tone of the era right, especially this Southern community and its residents. There’s family drama, courtroom action and small town politics that mix to make this a familiar Grisham brew. But the real heart of the book is the chronicling of Pete’s action in the Philippines, the part of World War II that rarely gets the level of attention given to the European and Japanese counterparts. It was brutally honest, graphic and enlightening.

I have mixed feelings about the story. While it was provocative in its start, it became sort of predictable once it progressed. I’m used to the author taking his time to establish time and place but even for him, this felt long and slow. The narrator was outstanding, though, and his cadence matched the period, so much that I had to speed up the audiobook to 1.5. Beck was masterful in his capture of all the colorful characters and the dialect of the region. I figured out the mystery early on, though the twisty angle to it made the ending extremely thought provoking, turning my opinions about everything upside down. It just took too long to get there. However, the historical aspect of the story when in the war setting in the Philippines was truly exceptional. I was riveted, even when Pete’s experiences at the hands of the Japanese were hard to stomach. It was a great history lesson.

Thanks to Penguin Random House Audio for my complimentary copy. All opinions are my own.

29 thoughts on “The Reckoning by John Grisham”