Stella Lane is a 30-year old single econometrician (you’ll need to read the book for that) who is highly successful in her business life but not doing so well in her personal. In her limited experience, she knows she’s lacking in the intimacy aspects so she hires Michael Phan, a Vietnamese/Swedish escort, to teach her the fundamentals. This would be intriguing enough but Stella is on the autism spectrum and presents more than the normal challenges for Michael. 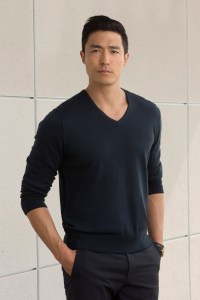 I have to admit I thought this was more about kissing and would be a tame little story. Be forewarned that it’s anything but tame as Michael takes Stella on quite the sensual and erotic journey in her “education.” It helps that the author compares him to Daniel Henney so having that visual image for Michael made the scenes a little too real💜 He’s extremely sensitive to Stella’s unusual reactions and behaviors, even before he learns of her disorder. Stella is extremely interesting and seeing life through her eyes gave me much needed insights about those who are on the autism spectrum. It changed many of my perceptions, most notably that they lack emotional connection…far from it.

Michael’s family has a major role in the story and I loved how the author presented an Asian family without isolating that element. They were just an American family dealing with typical issues most face. They were often hilarious, bringing some comic relief at the best of times while also giving me an unfiltered look at their culture. I want more of these type stories told without stereotype.

I thought Carly Robins delivered a fabulous performance in her narration. She handled accents, female/male characters, humor and sensual scenes with perfection and great timing. I’ve enjoyed her in the past and she’s now elevated to my favorites list.

I really liked this story, even when I felt overwhelmed by the number of sensual scenes. It eventually dawned on me that there was a point to that as Stella evolved through those encounters. She emerges triumphant and though her relationship with Michael followed a more predictable path, Stella doesn’t. I liked seeing her come to terms with herself, which I feel is the central point of the story.

38 thoughts on “The Kiss Quotient by Helen Hoang”