Six went in…only one came out.

The Standedge Tunnel, the longest canal tunnel in England, has become one of the rural village of Marsden’s main tourist attractions. Now it’s also a crime scene.

Six students went into the tunnel on a private boat. Two and a half hours later, the boat reappeared at the other end of the tunnel carrying only one of the students, Matthew. He had been knocked unconscious and has no memory of what took place in the tunnel. The police suspect he killed his friends, hid the bodies and later moved them to an undisclosed location. But sitting in a cell awaiting trial, Matthew maintains his innocence.

When Matthew contacts a famous author asking him for help in return for information he claims to possess about the author’s long-lost wife, it’s an offer that can’t be refused. But before the author can prove Matthew’s innocence, he must first answer a far more unusual question: How did five bodies disappear into thin air?

Couldn’t resist this one after reading the review by Inge @ The Belgian Reviewer! Hoping to get it for audio review. 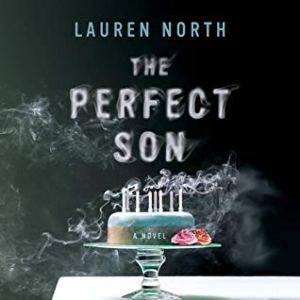 When Tess Clarke wakes up in the hospital the day after her son Jamie’s eighth birthday, she’s sure of these things: She’s been stabbed, her son is missing, her brother-in-law and her grief counselor are involved. But no one is listening to her.

After her husband, Mark, died suddenly in a terrible accident a few months earlier, the only thing keeping Tess together is Jamie. As they struggle to make sense of their new life without Mark, they find joy in brief moments of normalcy like walking to school and watching television together. Life is hard without Mark, but Tess has Jamie, and that’s what matters.

But there in the hospital, confused and surrounded by people who won’t listen, Tess’s world falls apart. To save her son, she must piece together what happened between Mark’s death and Jamie’s birthday, but the truth might just be too much for her to bear.

Shalini @ Shalini’s Books & Reviews had me all in for this author’s latest, The Perfect Betrayal, which is not yet available in the US. I stumbled upon her earlier book and it is just as appealing. It’s scheduled for US release in August and I’m hoping to get it for audio review.

Tikka Molloy was eleven and one-sixth years old during the long hot summer of 1992 – the summer the Van Apfel sisters disappeared. Hannah, beautiful Cordelia and Ruth vanished during the night of the school’s Showstopper concert at the amphitheatre by the river, surrounded by encroaching bushland.

Now, years later, Tikka has returned home to try and make sense of the summer that shaped her, and the girls that she never forgot.

Jennifer ~ Tar Heel Reader reviewed this and I was drawn to the Australian setting and the main plot. Then it appeared at my library! Click.

In turn-of-the-20th century Texas, the Berachah Home for the Redemption and Protection of Erring Girls is an unprecedented beacon of hope for young women consigned to the dangerous poverty of the streets by birth, circumstance, or personal tragedy. Built in 1903 on the dusty outskirts of Arlington, a remote dot between Dallas and Fort Worth’s red-light districts, the progressive home bucks public opinion by offering faith, training, and rehabilitation to prostitutes, addicts, unwed mothers, and “ruined” girls without forcibly separating mothers from children. When Lizzie Bates and Mattie McBride meet there—one sick and abused, but desperately clinging to her young daughter, the other jilted by the beau who fathered her ailing son—they form a friendship that will see them through unbearable loss, heartbreak, difficult choices, and ultimately, diverging paths.

A century later, Cate Sutton, a reclusive university librarian, uncovers the hidden histories of the two troubled women as she stumbles upon the cemetery on the home’s former grounds and begins to comb through its archives in her library. Pulled by an indescribable connection, what Cate discovers about their stories leads her to confront her own heartbreaking past, and to reclaim the life she thought she’d let go forever. With great pathos and powerful emotional resonance, Home for Erring and Outcast Girls explores the dark roads that lead us to ruin, and the paths we take to return to ourselves.

Tina @ Reading Between the Pages included this in her Top Ten Tuesday post as one of her summer TBR reads. Nine of her books listed were on my shelf and as she’s one of my two book twins, I went on the hunt for the tenth and got it for audio review!

Maddie and Theo have two things in common:

1. Alexa is their best friend
2. They hate each other

After an “oops, we made a mistake” night together, neither one can stop thinking about the other. With Alexa’s wedding rapidly approaching, Maddie and Theo both share bridal party responsibilities that require more interaction with each other than they’re comfortable with. Underneath the sharp barbs they toss at each other is a simmering attraction that won’t fade. It builds until they find themselves sneaking off together to release some tension when Alexa isn’t looking.

But as with any engagement with a nemesis, there are unspoken rules that must be abided by. First and foremost, don’t fall in love.

I have the first two in this series and grabbed the audio for this one!

When Alison’s beloved daughter Amalie drowns, her world turns impenetrably dark. Alison tries to hold it together throughout the bleak Fall, but in the darkest days of the Norwegian Winter she completely falls apart.

In another family, Amalie’s passing is a new beginning. After years of severe health problems, young Kaia receives a new heart on the morning after Amalie drowns. Her mother Iselin has struggled to raise Kaia on her own and now things are finally looking up. She’s even made an affluent new friend who’s taken a special interest in her and her daughter.

Alison knows she shouldn’t interfere, but really, she’s just trying to help Iselin and Kaia. She can give them the life they never had, and by staying close to them, she can still be with her daughter. Kaia is just like her, and surely, something of Amalie must live on in her. As her grief transforms into a terrifying obsession, Alison won’t let anything stop her from getting back what she has lost.

This was just too good to pass up when offered for audio review. 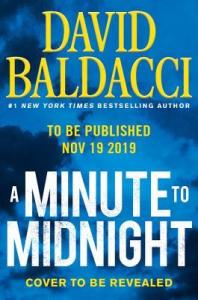 This is the next book in the Atlee Pine series, scheduled for release in November. I loved the first so…

When Serenity Alston swabbed her cheek for 23andMe, she joked about uncovering some dark ancestral scandal. The last thing she expected was to discover two half sisters she didn’t know existed. Suddenly, everything about her loving family is drawn into question. And meeting these newfound sisters might be the only way to get answers.

Serenity has always found solace at her family’s Lake Tahoe cabin, so what better place for the three women to dig into the mystery that has shaken the foundation each of them was raised on? With Reagan navigating romantic politics at her New York City advertising firm, and Lorelei staring down the collapse of her marriage, all three women are converging at a crossroads in their lives. Before the summer is over, they’ll have to confront the paths they walked to get there and determine how to move forward when everything they previously thought to be true was a lie.

But any future is easier to face with family by your side.

Novak is one of my favorite romance authors so I read just about everything she writes. This looks like a venture into contemporary fiction and I’m in! Hoping this shows up in NetGalley closer to release next year. She’s got an outstanding newsletter, which featured this book.

He looked down at the little girl, sleeping peacefully, her arms wrapped around a teddy bear. He knew he was the only one who could save her. He could let her sleep forever.

An eight-year-old girl, Chelsea Compton, is missing in Pine Valley, California and for Detective Katie Scott it’s a cruel reminder of the friend who disappeared from summer camp twenty years ago. Unable to shake the memories, Katie vows she won’t rest until she discovers what happened to Chelsea.

But as Katie starts to investigate, the case reveals itself to be much bigger and more shocking than she feared. Hidden deep in the forest she unearths a makeshift cemetery: a row of graves, each with a brightly coloured teddy bear.

Katie links the graves to a stack of missing-persons cases involving young girls—finding a pattern no one else has managed to see. Someone in Pine Valley has been taking the town’s daughters for years, and Katie is the only one who can stop them.

And then another little girl goes missing, snatched from the park near her home.

Katie’s still haunted by the friend she failed to protect, and she’ll do anything to stop the killer striking again—but can she find the little girl before it’s too late?

I have absolutely no resistance to good detective stories and series. This time, Debjani @ Debjani’s Thoughts is the temptress. I loved her review and quickly added this to my Audible wishlist.

Can you love someone to death?

Some would say Becky Gerard is a devoted mother and would do anything for her only child. Others claim she’s obsessed and can’t stop the vicious circle of finding a cure at her daughter’s expense.

Fifteen-year-old Meghan has been in and out of hospitals with a plague of unexplained illnesses. But when the ailments take a sharp turn, doctors intervene and immediately suspect Munchausen syndrome by proxy, a rare behavioral disorder where the primary caretaker, typically the mother, seeks medical help for made-up symptoms of a child. Is this what’s going on? Or is there something even more sinister at hand?

This book seemed to be showing up everywhere, including my library so I added it based solely on my own interest in the description.

16 thoughts on “Saturdays at the Café”