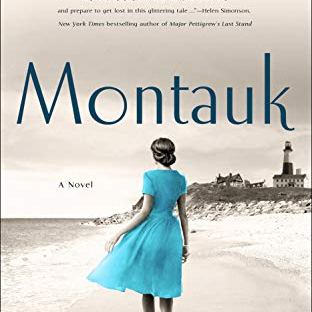 The year is 1938 and the setting is New York City where college educated Beatrice Beaudreaux lives with Harry, her husband of five years. They’ve tried unsuccessfully to have a child and she’s noticed that some of the spark is missing between them. When Harry makes plans for them to spend the summer in Montauk (Long Island), Beatrice believes this will be their chance to reconnect. Unfortunately, he’s only there on weekends and much of his time when there is spent with his other friends and potential investors. She’s also finding it difficult to connect with the other spouses and soon turns her attention to other attractions on the island.

I initially found Beatrice emblematic of most married women of that era, focused on satisfying her husband’s needs and eager to start a family. Her attention and interests centered around Harry’s with her own identity secondary or nonexistent. The author does a great job of establishing the environment for women, so well that it was jarring to recall the massive journey we’ve made since that time. I had to adjust my mindset as the images were vividly crafted including fashion, vernacular and conversation.

Beatrice wasn’t raised in the society world so her drift away from these shallow women was somewhat predictable even though her friendships with the townspeople and relationship with a certain lighthouse keeper wasn’t. The disintegration of her marriage was painful as Harry’s cruelty and disregard was insensitive and rather public. But, at the same time, it was uplifting to see her embrace independence and pursue her own interests, talents and romance.

This was a slow burn as it took some time to create that strong sense of time, place and atmosphere of the era and the author did that so effectively. It was impossible to appreciate Beatrice’s story otherwise and I found myself completely immersed in her environment. I was unprepared for the poignant ending but appreciated the direction taken. I came to really like Beatrice even though at times her liberties with the townspeople felt intrusive. But, her motives were pure and admirable. It’s an interesting story that, through Beatrice, contrasted the world of the wealthy and entitled with those of the people in the surrounding community whose livelihoods depended on them. It had me appreciating simple values and be reminded that privilege sometimes exacts a princely price. I enjoyed this debut novel.

(Thank you to the publisher and NetGalley for my complimentary copy. All opinions are my own.)

20 thoughts on “Montauk by Nicola Harrison”