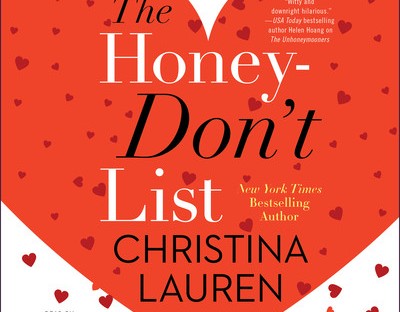 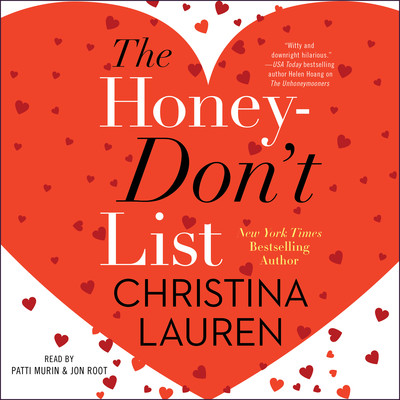 Carey Douglas has worked for Melissa (Mellie) and Rusty Trip, the infamous home design gurus, since she was sixteen years old. It’s been ten years and she was an integral part of their rise to the current mega success. Before you go there, they are not Chip and Joanna Gaines…yes, on the outside they’re that couple. But, this reality duo can’t stand each other. The timing couldn’t be worse as they’re set to begin a tour to launch their new book on relationships and a new show and things have gotten even more toxic. Rusty hired James McCann as a structural engineer for the shows but so far he’s not seen much action beyond being his fetch it guy. James is an MIT graduate but desperately needs this job or he’d have been long gone. Now he’s also stuck on this tour, teamed with Carey, trying to make sure these two behave in public.

The association with Chip and Joanna Gaines’ show, Fixer Upper, is hard to ignore as so much of that couple’s lives are mirrored here publicly and it can’t be emphasized enough that’s where the similarities end. Mellie is downright mean and selfish in a passive aggressive kind of way. Rusty is disengaged and can’t keep his pants zipped. It might appear that the story is about these two, and a lot of time is devoted to them, but they’re crucial to understanding Carey. She’s the real creative talent for the show but has no sense of her criticality. After all, she felt rescued by this couple when her personal life fell apart. For so long Mellie and Rusty have been like her real parents so she’s blind to their shortcomings as she’s become inured to their behavior. When she’s teamed with James, he’s the foil who pushes her to look at them with clear eyes but even more importantly, look at herself and recognize that she’s got outstanding skills on her own and doesn’t need them to survive, excel and move on.

I’ve only been reading the more recent books by this writing team (last two years) so I don’t have a history with their earlier romantic comedies. Others have been more critical of this story because it feels like a departure from their past. For me it’s a great thing as I’ve found their stories to be more complex and layered. There are still lots of laugh-out-loud moments but it’s the subtleties and nuanced messages that get most of my attention. On the surface, Carey just seems to be the super admin and you get that’s how she sees herself…the glue that makes the “real” talents work. It takes someone like James who has no emotional attachment to either the Tripps or the job to see things more dispassionately. I loved how his relationship with Carey evolved. He’s sort of nerdy in a professional kind of way and is unlike her in so many ways but they fit very well. The romantic angle worked for me. I loved how the two narrators portrayed them as they also seemed to fit and embrace the characters. I always listen to this writing team’s books because the performances are always wonderful and they hit their marks here. I enjoyed every aspect of this story and like that the writers are continuing to stretch beyond romantic comedy.