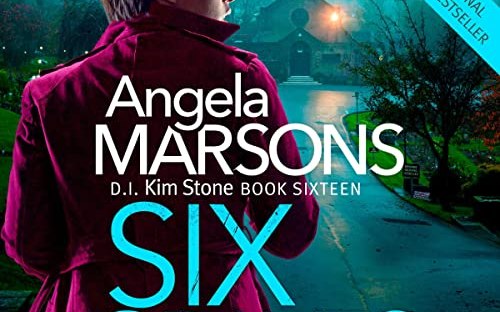 Detective Inspector (DI) Kim Stone is in the middle of a training exercise with her team when she’s suddenly whisked away by armed police officers to meet with her boss DCI Woodward. Symes, the most sadistic and evil man Kim’s ever put away, has escaped from prison and everyone knows she’s his target. Unfortunately, that means she’s forced to accept protection she loathes and her team won’t be assigned to recapture him. Meanwhile, she and her team are called to the scene of what appears to be the murder suicide of the Daynes family, the parents and two teens. But as they probe deeper, Kim and DS Bryant begin to realize that appearances can be deceiving.

I agree, Symes is the worst fictional villain I’ve ever encountered and I hate that he had to resurface, even though I knew it was inevitable. The prologue was just awful, emotionally that is, because it set up the story brilliantly. I won’t say anymore than it far surpassed my fears and sense of foreboding.

The Daynes case was an interesting one as at first it seemed the mother, Helen, had killed her family and then herself. It took some time to call that into question and figure things out but the exploration into the family revealed some themes that hit close to home for Kim. Yes, I’ll be a bit smug about having correctly figured out the truth but was brought down a bit by the shocking motive I didn’t see coming until it was close to being revealed.

This story was an emotional overload, taxing my nervous system. I struggled to hang in there with the ending only because I lacked courage. Of course, I listened to the book and the narrator did a lot to contribute to the tension and suspense, which really is a good thing despite my being a baby about it. The ending was extraordinary and all I can ask is when are we getting the next book??? Ms. Marsons, you can’t leave me here for long!