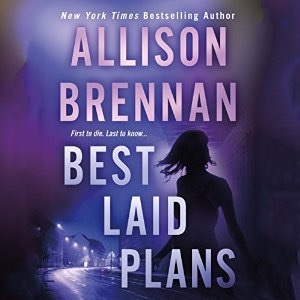 FBI Agent Lucy Kincaid is dealing with the repercussions of her last assignment, trying to rebuild relationships with her partner Ryan Quiroz and her supervisor Juan Casilla. In the meantime, she’s partnered with a veteran, by-the book agent Barry Crawford to investigate the death of Harper Worthington, a San Antonio businessman who is married to a sitting congresswoman. It’s where and how he was found that’s creating suspicions about whether his was a natural death or something more sinister…naked in a seedy motel and evidence that a prostitute had been with him. Obviously, the politics are a minefield.

One of the things I liked about this story was the focus on procedurals. There were a LOT of angles, crossing multiple agencies and connected cases. I really had to pay attention to keep up but they were woven together pretty well as they followed where the clues led them, even the red herrings. There were also hints of ties to earlier investigations, which added so much intrigue. Lucy having to deal with relationships requiring repair was realistic because the fallout from her role in Operation Heatwave did damage to her reputation. The dynamics with Barry were predictable but it required both of them to face the issues directly and I was pleased that they did, even though it caused some elevated tensions at times.

Lucy’s boyfriend, Sean Rogan, plays a role here, too, quite by coincidence rather than a deliberate maneuver, though I think he would have inserted himself anyway. Their relationship is tested but it’s Sean who doggedly sticks in there and makes things work. There are lots of surprises and it was tough navigating through who was corrupt or not. It’s gnarly and complex, which made this a very interesting case. The narrator changed back to Ann Marie Lee and that was seamless. Her performance was also outstanding (her storytelling skills are stellar) and I continue to love listening to this series. The epilogue was chilling so I’m excited about digging into the next book.