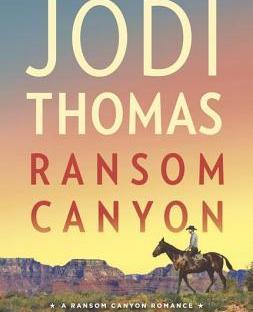 Staten Kirkland is the successful owner of Double K Ranch in Ransom County, land first settled by his great grandfather. He’s the last in the line since he lost his only child five years ago, soon after his wife had died. He’s a hard man who closed his heart after so much tragedy but has secretly found solace in the arms of Quinn O’Grady, a life long friend of his own who was also his wife’s best friend. She’s shy and reticent but is evolving, just as Staten is, which has them both looking at their relationship much differently.

Lucas Reyes is very much focused on his long term goals, the immediate being to graduate and get accepted into college. He’s working as a ranch hand for Staten when several events reshape his direction, including his developing friendship with the Sheriff’s daughter, Lauren Brigman.

Yancy Grey lands in the town of Crossroads, his first stop off the bus following a stint in prison. He’s been in reform school or jail since he was 15-years old and now has to learn how to live normally. Yancy immediately ends up helping someone from the retirement community, only intending to stay there for a few hours but somehow he keeps extending the time.

Welcome to Ransom Canyon and Crossroads, the first occupied by two major ranches and the other a small adjacent town with minimal resources. Everyone knows each other, including their business, but also look out for one another. It’s a life of hard work and community and few leave but when they do, they end up returning at some point. I enjoyed the introduction of the residents, the town and the focus on five principal characters. Staten and Quinn are unique with an unusual friendship that was destined to shift and it got complicated when it did. I really liked Lucas who has a strong sense of self and is clearly destined for success. Yancy was my surprise, a character I initially thought was a user until it became clear who he really was and the blank canvas he represented. It’s a slow moving story but very much character driven. The writing is a bit different but there’s an air of authenticity about it that fits the setting. I’m definitely continuing the series.