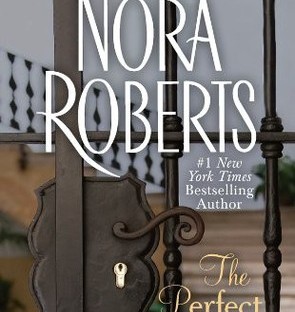 Cybil Campbell is the youngest of Grant and Genviéve’s three children and has followed her father’s path. She’s the artist behind a comic strip but she’s a much lighter spirit than Grant, exuding cheer and sunshine, always seeing the best in people. That includes her new sullen neighbor, Preston McQuinn who guards his privacy with vigor, giving up only his last name. Cybil believes he’s a struggling musician and makes it her mission to help him and put some cracks into his cynicism. He’s actually a renowned Broadway playwright only using the NY apartment (loaned to him by…Daniel MacGregor) until construction in his Connecticut home is complete.

I simply adored Cybil, one of the most delightful characters I’ve read in some time. Her sunny disposition is in her DNA, created from parents who raised her in love, possibility and an idyllic locale. Her comic strip character was a bit like her and included the host of people who became a part of her life because of her own doing. Her apartment was open to friends and neighbors, free to drop in anytime because the chaos inspired her. Preston couldn’t be more opposite and his attempts to keep her at a distance proved futile after awhile. They couldn’t be more opposite, which really works for them, despite Preston’s moments of insensitivity.

This was a wonderful story to end the series, representing our last relationship created through Daniel’s meddling. Though Cybil technically isn’t his granddaughter, she was raised as if she was. I loved his craftiness and the community of family he created. Cybil was a high note to end on, even though there were times I wanted her to walk away from Preston. But he even won me over in the end and their relationship became special. Despite the rocky start of the series, I’ve thoroughly enjoyed the books in the last half with this one being my most favorite.

18 thoughts on “The Perfect Neighbor by Nora Roberts”