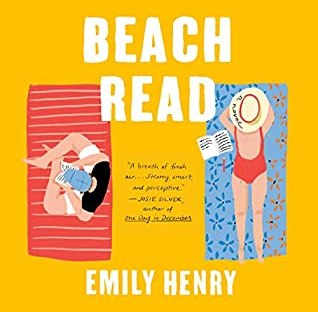 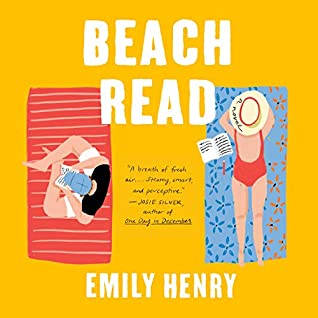 January Andrews is a romance writer with five published books but is struggling with writing the sixth, well past due to her publisher. Clearly suffering from writer’s block, she’s landed at her deceased father’s Michigan lake house, broke and despondent as the house is part of the duplicitous life he apparently led and she’s just recently discovered. The final insult is her new neighbor, Augustus (Gus) Everett, an acclaimed literary writer who happened to be her college nemesis.

If you’re expecting a traditional romance novel this isn’t that book. There are strong romantic themes but the heart of the story is the insightful explorations by both January and Gus into their own pasts, using each other in unique ways to push through their writing obstacles. The writing is crafty, their banter intelligent and the revelations unpredictable. I liked that I never knew what was coming next, nor could I even speculate what might be. January is the narrator so I knew most of her story but even she was delaying her own exploration into her father’s past. I’m not sure I could have resisted reading a letter he left for her for almost a year.

This was a more complicated story than I’d anticipated, which heightened my enjoyment. I like being off balance if the writing takes me there skillfully as this definitely does. January seems an open book on the surface but that’s only because she’s spent her whole life creating that illusion. Gus is much tougher to decipher because it’s all given to us through January’s lens. There were moments when I wished for his point of view but when I reached the end, I was thrilled that it wasn’t given. It made for a much richer reading experience.

The fabulous Julia Whelan narrated the story and she was again outstanding. She really knows how to inhabit a character while effectively managing the storytelling simultaneously. There are significant secondary characters important to the story (and January & Gus) who were portrayed vividly. I highly recommend the audio version as this story has complexities that Whelan never missed. January and Gus’s journeys, both singularly and as a couple, made this quite the enjoyable listening experience.

(Thanks to Penguin Random House Audio for my complimentary copy. All opinions are my own.)