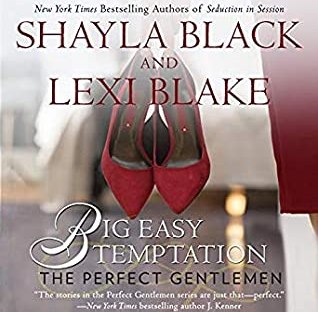 Naval officer Dax Spencer is still reeling from his recent discovery related to his father’s death, calling into question everything that was assumed about it being a supposed suicide and the reasons behind it. Now he’s headed back to New Orleans, the center of the original investigation and to NCIS Agent Holland Kirk who led it, betrayed him and broke his heart.

I liked how the story was structured, beginning with Dax and Holland’s first meetings, their reunion years later when she helped him reopen his father’s investigation and the reason for their permanent separation. Their backstory is extremely important to the present day events and it was well crafted. I got the depth of their feelings for each other and why her betrayal cut so deep. I also gained understanding about his short-lived Las Vegas marriage and all that it implied. Dax’s return to New Orleans marked the first time he’s seen Holland since their breakup and he stirred the proverbial hornets nest with others involved in the first investigation.

I enjoyed everything about this story, including the romance. Dax is so likable, as is Holland, and they both have strong personalities, fully committed to their careers. But it’s still the continuing mystery arc that’s enthralled me with the series and this story. Things get really dicey as Dax and Holland get closer to the truth regarding Admiral Spencer’s supposed suicide and more. It’s exciting and Kaleo Griffith delivered a great performance in his narration, handling a host of characters and fine storytelling. I’m now anxious to move on to the next book.